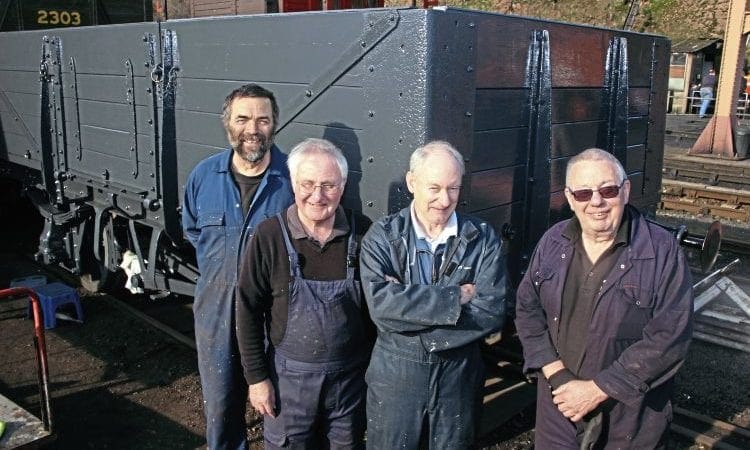 THE Severn Valley Railway’s demonstration freight train is set to be boosted by the addition of two restored wagons in the coming weeks, thanks to the efforts of the line’s Bewdley-based Wagon Department.

SECR five-plank open goods wagon No. 12522 is on the home straight – only awaiting the application of lettering before it returns to action. The 1920-built vehicle has had all new planks fitted to the floor and sides, as well as a replacement draw-bar spring.

While many wagons of this period were wooden-framed, this example had steel chassis members. As a result it had a long working life, passing to the SR at Grouping in 1923, and then BR. It was later sold to the Port of Bristol Authority, and finally purchased for preservation in 1975.

The second vehicle approaching completion of its restoration is GWR fruit van No. 2303. Owned by the GWR 813 Preservation Fund, the 1898-built van has had a new canvas roof and door planks replaced.

Withdrawn in 1958, it was then converted to a packing van and numbered DW 150063 in Departmental use. Ending its days at BR Tyseley in 1973, it was moved to the SVR at Bewdley in November that year.