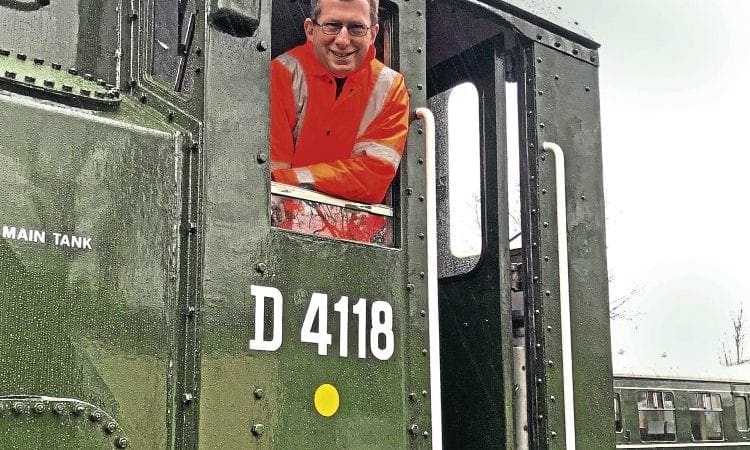 NEIL SIME, the founder and managing director of UK train operator Victa Railfreight, has been appointed safety director of the Kent & East Sussex Railway, the second senior post to be filled by the heritage line this year.

The 57-year-old has been involved with the KESR as a volunteer since it ran its first train in 1974 and has fulfilled a range of roles, including operating manager from 1986-92 and resources manager from 1999 to 2001.

He is currently an operations controller and a fireman. He has also been a member of the safety review group for four years.

Maidstone-based Victa Railfreight, which has a UK-wide non-passenger train operator’s licence, was founded by Neil in 1995, and he says that much of his experience with the company has a relevance to the KESR.

“Being close to the sharp end of railway safety gives me an insight into trends and challenges facing the wider industry which, where relevant, can be applied proportionately to the KESR,” he said.