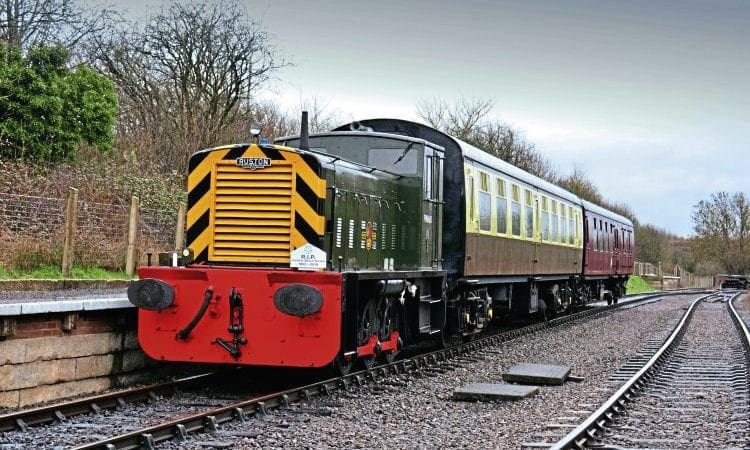 On the 10th, haulage was provided by ex-BR Departmental 0-6-0DE Ruston & Hornsby No. PWM651, making a special appearance in its 60th year.

It is seen at Taw Valley Halt carting a headboard commemorating well-known and active diesel enthusiast Andrew ‘Brillo’ Wilson, who passed away in January.

The following weekend, Class 09 No. D3668 was used, also marking its 60th anniversary. The last of the winter diesel Sundays is March 10. Picture: STEVE WIDDOWSON