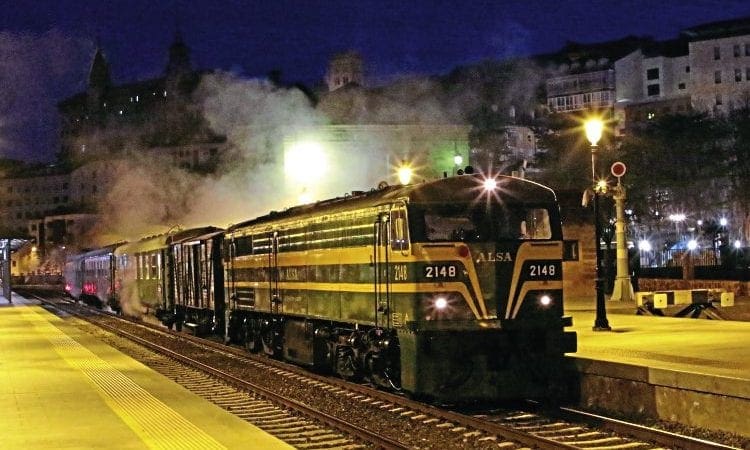 STEAM-heated mainline trains are now almost extinct across Europe but for a few days in late-January a charter train in Spain re-created the old atmosphere.

It was operated by open access operator ALSA Rail, which is owned by National Express, using 1965 vintage ex-RENFE Alco engine diesel No. 321 059.

The train included a steam generator van to provide heat and with early morning temperatures dropping down below freezing plenty of steam was visible.