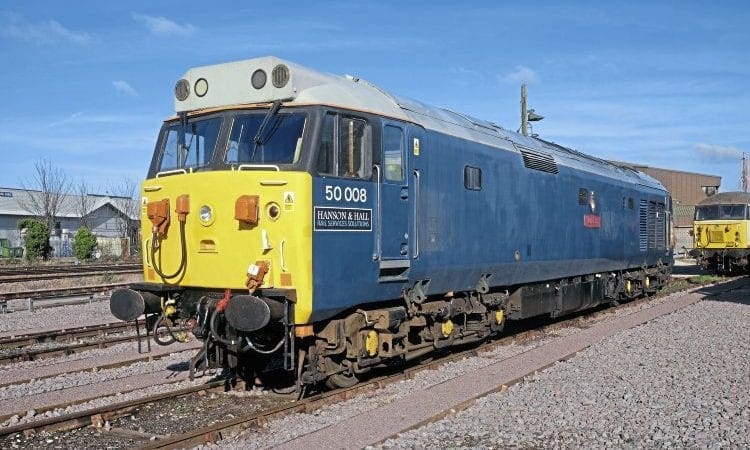 THE Branch Line Society has scored a major coup by securing Garcia Hanson’s No. 50008 Thunderer for a railtour on July 27.

The ‘50’ has been active on the main line for several years, but to date has only hauled passenger trains on heritage railways.

Its last railtour outing is thought to have been in October 1991, shortly before the ‘Laira blue’ locomotive was withdrawn from departmental duties in June 1992.


The July 27 tour will start from Derby (07.30), picking up at Sheffield and Leeds before heading north on the East Coast Main Line to Low Fell, where it will take the Tyne Valley line to Carlisle.