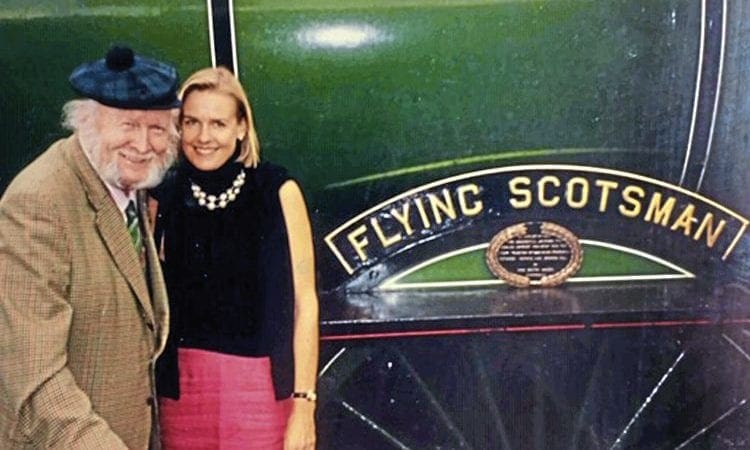 THE daughter of the late Alan Pegler, who in 1963 bought Flying Scotsman for £3000 from BR to save it from the scrapyard, is to wave it off when it hauls its first train at the start of its three-week visit.

Penny Vaudoyer will be flying in from her home in Portugal to perform the honour with the train guard’s green flag on Swanage station at 10.05am on Friday, March 22.

While visiting Swanage, the A3 will be reunited with the late 1940s ‘Devon Belle’ Pullman observation carriage Car 14, for the first time in nearly 50 years. Car 14 was hauled byFlying Scotsman during its ill-fated tour of North America aimed at promoting British exports in 1969-72 and which went bust, leaving its owner bankrupt

Penny said: “It will be a very moving moment for me to see Flying Scotsman and its Pullman observation carriage again because I have so many wonderful memories. That’s why I am so happy to be coming to Swanage to send off the first train of the day – quite an honour!”