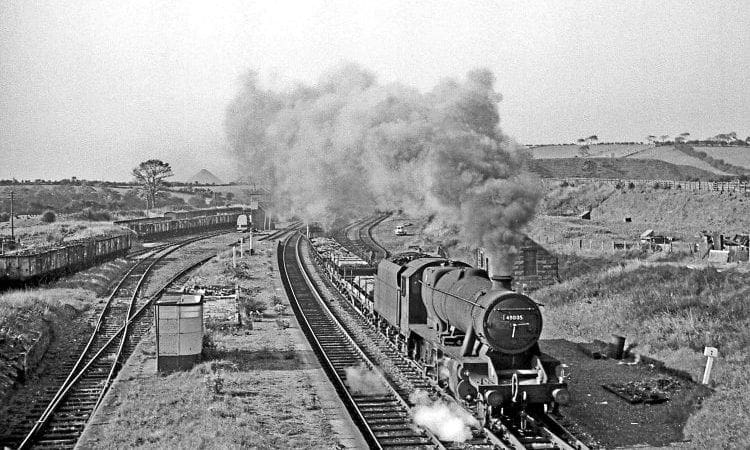 THE owner of one of the country’s newest regional railway museums is celebrating the acquisition of two local railwayana items that have been on his wish-list for many years but had come onto the market only recently.

They are a venerable Maryport & Carlisle signalbox nameboard and a totem sign from the terminus of the Carlisle & Silloth Bay Railway, each of which will be on display in the museum throughout the coming summer season.

Peter Rooke opened the West Cumberland Railway Museum in St Bees, on Cumbria’s coast south of Workington, nearly three years ago, shortly after retiring from his job as a civil engineer.

He had been a collector of local railwayana for 20 years, and decided to set up the museum in a former police station in the village’s Main Street to display his large collection.

Among the exhibits are pre-Grouping posters, enamel and cast iron signs, signalling items, paperwork, and nameplates from industrial locomotives that worked at Whitehaven harbour and local collieries.

Somewhat smaller, but rather older, is an 1847 Cockermouth & Workington Railway guard’s watch which, when bought by Peter at a GW Railwayana auction in November 2015, was described by auctioneer Simon Turner as “one of the rarest railway timepieces ever to surface.”