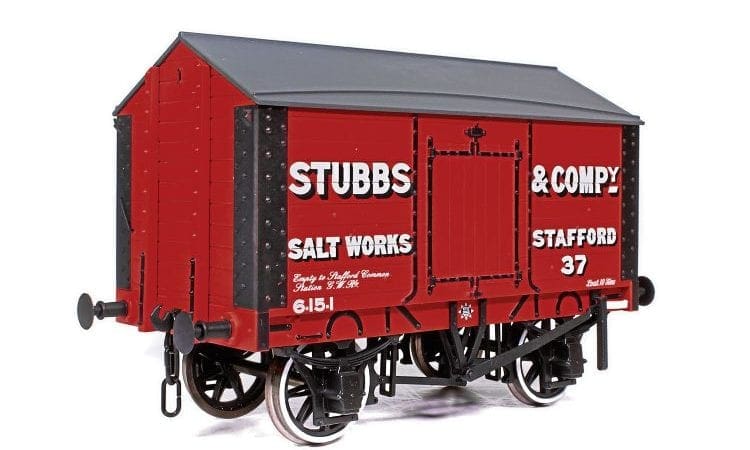 Salt from the Cheshire and Staffordshire area was an important source of traffic for the railways in the first half of the 20th century, when numerous small operations and family-owned concerns such as Stubbs and Company operated small fleets of their own wagons.

As time went on, in what was described as the chemical revolution, many companies merged or were acquired by larger holdings to become the really big chemical companies of the latter half of the century.

The liveries of Stubbs & Company, along with Chance and Hunt, are those featured on the two nine-plank gable-roofed salt vans recently released in O gauge by Dapol, but it’s the bright red of the former that was featured on the review model, which utilises Dapol’s new 9ft RCH underframe with oil axle boxes, split-spoke wheels and external bracing on the solebars.