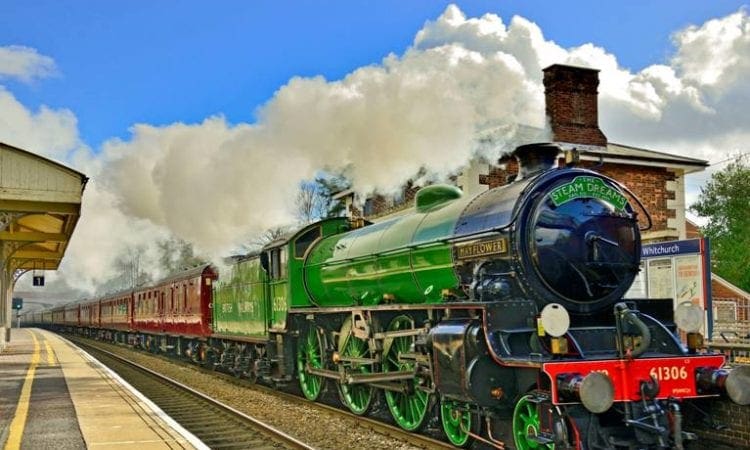 The steam locomotive Mayflower returned to the South with Rail Company Steam Dreams to make its first passenger-carrying trip, in three years.

The steam locomotive made its first mainline trip that carried passengers on 7 March, following test runs after an extensive three-year overhaul.  The train hauled ten carriages from London Victoria to Bath and Bristol travelling through Salisbury.

61306 Mayflower is one of the last two surviving BI Class locomotives, and they’re built for the London and North Eastern Railway.  Designed as mixed traffic locomotives the BI’s worked across most of the UK rail network from East Anglia to Scotland.

Steam Dreams acquired Mayflower in 2014, she returned to the mainline in 2015 before being withdrawn for an overhaul. The company are celebrating their 20thanniversary this year and have received a TripAdvisor Certificate of Excellence every year since 2015, and was short-listed for Best Rail Holiday Provider in the Silver Travel Awards.

The first trip left London for Salisbury in 1999 and was a success. Now, almost two decades later, the company offers day trips to more than 35 destinations and picks up passengers at over 100 stations across the United Kingdom every year.

Chairman of Steam Dreams, David Buck said: “I was overjoyed to be welcoming Mayflower back to the mainline, and all the better that her first trip was in the South of the country with Steam Dreams.”

Mayflower had her appearance changed after being freshly painted green and has two cylinders, six driving wheels, and a firebox grate area of 30 square feet amd can operate at 75mph.

Buck continued, “The trip couldn’t of been more perfect. The engine looked and sounded better than ever and the itinerary represents everything we want to achieve in the future.

“With regular schedules and no diesel assistance.”

The highlight of the trip for many of the passengers was the climb of Upton Scudamore in Wiltshire on the returning journey.

The locomotive achieved a respectable 21mph on the 1 in 70 gradient section.

If you’re interested in travelling with The Steam Dreams rail Co, you can call the Booking Office on 01483 209888 or visit www.SteamDreams.co.uk