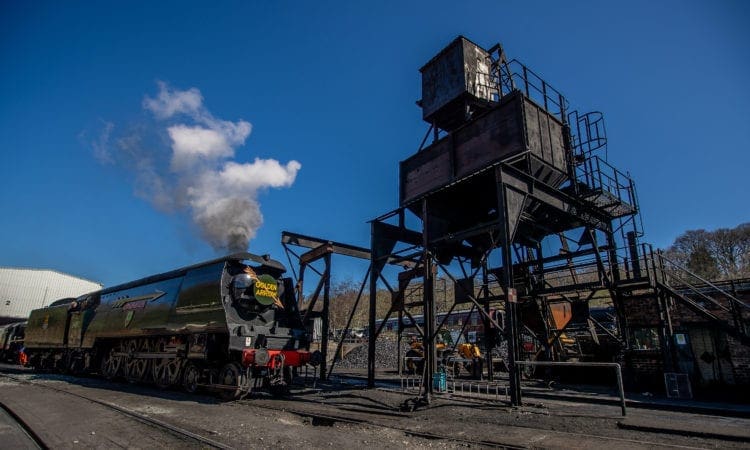 THE North Yorkshire Moors Railway (NYMR) has announced No. 34092 City of Wells has arrived and is ready for services for its opening event.

Tickets to travel behind the Bulleid Light Pacific locomotive are priced from £30 for adults and £15 for children (aged 4-15 years old).

The NYMR confirmed last week that No. 60009 Union of South Africa, which was planned to be the guest engine for the opening event, would not be able to run along the 18-mile heritage line because the locomotive needing new piston rings and valve rings, which could not be sourced in time for her visit.

Chris Price, general manager at NYMR, said: “Working within the heritage preservation world, situations such as this bring home how fragile these historic locomotives are and the challenges associated with maintaining old equipment.

“Obviously, the charity is disappointed, but we are confident that having 34092 City of Wells traveling across the moors will be a fantastic sight to see.

“I would like to thank the East Lancashire Railway for their cooperation. Their support has been invaluable, and as a gesture of goodwill we have agreed to a visit of 926 Repton to their autumn gala, which takes place October 18 -20.”

No. 34092 was constructed at Brighton Works in 1949 and later that year was named Wells, which was changed to City of Wells in 1950. It was initially allocated to Stewarts Lane, where it worked out of Victoria to the Kent coast.

It was withdrawn from service in November 1964 and sent to Woodham Brothers at Barry for scrap, where it arrived in March 1965.

The loco remained there until October 1971 when a group from the Keighley and Worth Valley Railway bought it.

In 2017 agreement was reached between the owners and the East Lancashire Railway for the railway to buy the locomotive.