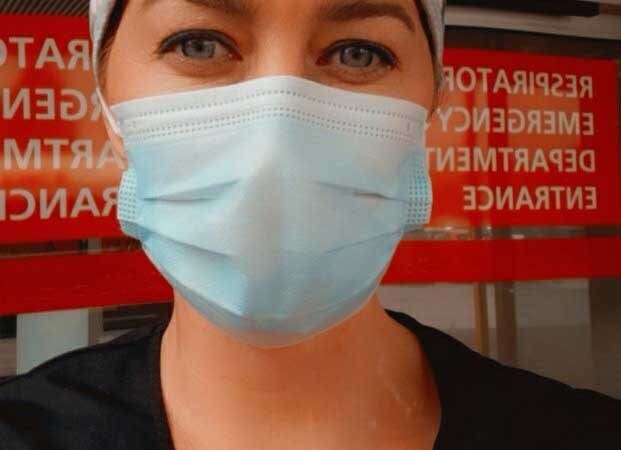 A train driver who volunteered to work as a paramedic treating coronavirus patients during the initial crisis has been recognised in the Queen’s Birthday Honours.

Jolene Miller, 42, left her role driving for Northern Rail and worked in triage at Darlington Memorial Hospital, assessing patients as they came in for treatment.

She had previously worked as a paramedic for about 13 years before becoming a train driver, and had kept her registration by working at events.

When the COVID-19 pandemic started in March she was ready to volunteer, after being given permission by the train company.

Mrs Miller, from Ingleby Barwick, Teesside, said: “Back in March services were being scaled down and I thought I cannot sit here and do nothing when I have skills that I could use elsewhere.”

She approached the HR department at Northern Rail and 10 minutes after asking if she could temporarily transfer back to her old role, she was given the green light.

She said: “They were absolutely unreal, I cannot praise them enough, they were so supportive.”

Mrs Miller, who works out of Darlington station and drives trains around the north east of England from Whitby to Newcastle, was swiftly sent to work in triage, assessing patients as they were taken to hospital.

Her role freed up paramedics to go out on their next job, and allowed nurses to carry on with their vital work in the hospital.

“On my first shift I was a bit nervous, nobody really knew what COVID-19 was like,” she said.

“Once that was over I was fine, everyone pulls together and there was enough PPE where I was.”

She felt safe enough at work and considered herself better protected there than when going to her local supermarket.

She worked for more than three months at Darlington Memorial Hospital before going back on the trains after the initial crisis eased.

Mrs Miller said she was prepared to do it again, if the train company allowed it and if the need arose.

She said: “They have things in place if we have a second wave so whether or not I would be needed again, I don’t know.

She was nominated by Northern Rail, and was delighted to be honoured with a British Empire Medal in the Queen’s Birthday Honours List.

Mrs Miller said she was proud of the honour, but remained well aware that friends were still working for the NHS, “day in, day out”.

She added: “I’m shocked that someone nominated me, it’s absolutely lovely.”

She thanked her husband Neil, who is also a train driver, saying: “He has really been supportive.

“Some people at work were saying they couldn’t believe he had let me do it, but he said ‘You try and tell her she cannot do something’.”