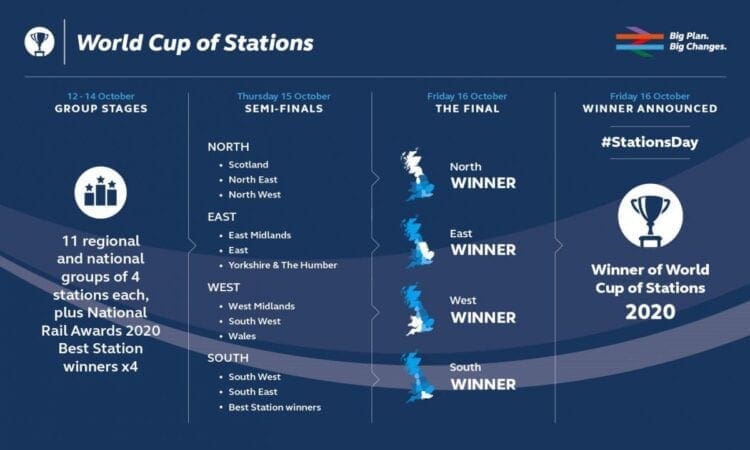 Local railway stations across towns and cities this week are calling for community support to compete in an online poll to be awarded winner of the 2020 World Cup of Stations.

With many sports fans missing out on highly anticipated sporting events this year due to the COVID-19 outbreak, the World Cup of Stations, is returning for its second year, giving people the changed to cheer on their local station.

The competition will see 48 stations large and small representing each region of the country competing in a series of online polls starting today.

By Friday, the competition will have been whittled down to a final four with one of the Britain’s 2,579 railway stations named the nation’s favourite on Friday evening.

Huddersfield station won the World Cup of Stations for last year, with their campaign fronted by the station’s Senior Pest Controller, Felix the cat, defeating the likes of Birmingham New Street.