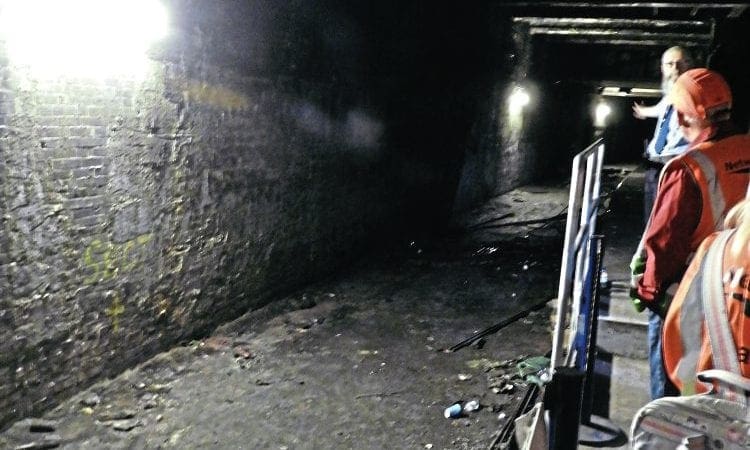 A FORGOTTEN platform beneath Glasgow Central station may be developed into a railway heritage museum – complete with a steam train parked on a stretch of relaid track.

The platform, which closed 55 years ago, dates from the opening of the station’s low-level section in 1896, when it operated as a separate entity to Glasgow Central, which was opened by the Caledonian Railway in 1879.

When the entire complex was redeveloped between 1901-5, the low-level platforms were incorporated into the main station.

The subterranean lines were part of an urban railway running through a tunnel beneath the city centre. However, the low-level station closed under Beeching in October 1964, but the other platforms were restored as a single-island platform when the popular electrified cross-city Argyle line reopened in 1979.

However, the still-derelict platform remains out of sight of the travelling public.