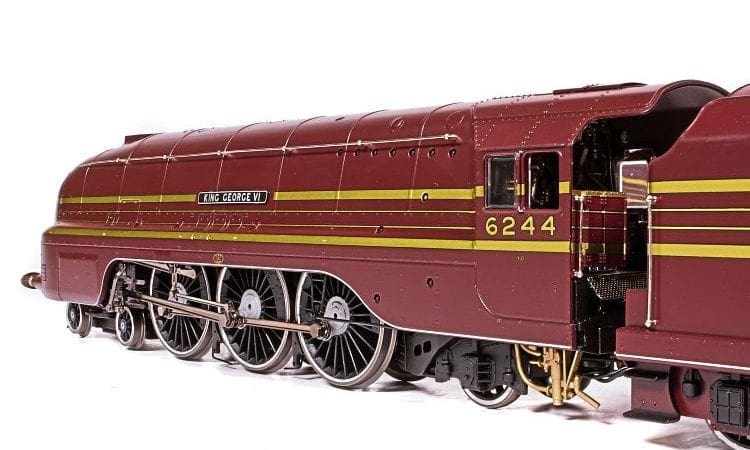 Streamlining was regarded as particularly important for the locomotives’ outward impression of speed and modernity to the public when operating prestige express trains.

It was also an attempt to reduce coal consumption, but that was not a complete success. In the end, the locomotives were ‘defrocked’ as it became increasingly apparent that savings in fuel consumption were outweighed by the increased weight of the locomotives’ casings over that of conventional versions, together with higher maintenance costs.

An attractive livery of Caledonian blue with silver horizontal stripes was applied to the first 1937-built locomotives, and a model in this form as No. 6221 Queen Elizabeth, with a single chimney and Type A welded tender fitted with extended side sheets, was reviewed in a recent issue of RMM.