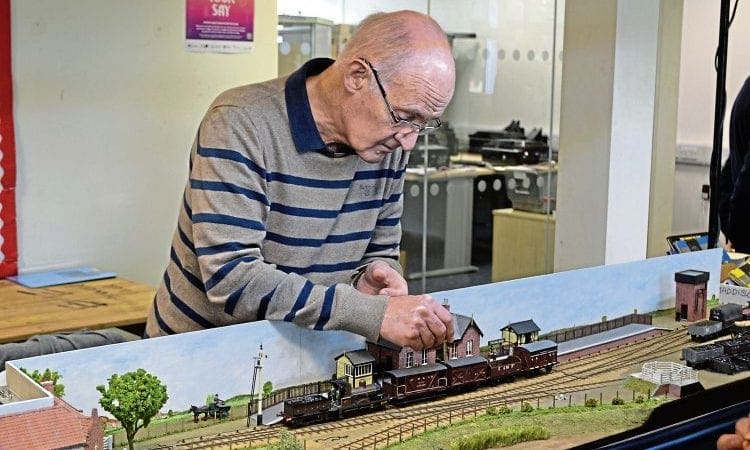 RMM visited two recent exhibitions, at Altrincham and Leamington Spa, and was delighted by what was in store at both.

In church halls, schools and colleges all over the country, model railway groups have welcomed members of the public to admire, learn about and be inspired by members’ layouts since time immemorial. The very first model railway exhibition I ever attended, at the age of about 10 in 1954, was in a hall in Warrington (then Lancashire), and having never owned anything more exciting than a basic Hornby clockwork train set, I was bowled over by what I found.

In the heyday of the locospotter, and with Bank Quay station on the West Coast Main Line just a short walk away, most of the young visitors were well-versed in the real thing, but any chance of coming even close to replicating the layouts we saw were slim to say the least, because for many parents, including my own, times were hard.

While railway modelling might have had its ups and downs over the many decades since then (highlighted recently in James May’s Big Trouble in Model Britain series on BBC4 TV, which began with Hornby director Simon Kohler assessing the fortunes of his beloved company) it has always been there, expensive as always, yet modellers have never had it so good as today. In contrast to the huge exhibitions that take place at venues such as the National Exhibition Centre and Alexandra Palace, attracting by their very nature equally huge crowds (see Letters, page 12) the February 16 exhibition that took place in the church hall at Altrincham Methodist Church was much more intimate in nature, with plenty of time to discuss the exhibits with their creators.

David Payne from Glossop was showing his 56 x 42in TT gauge/3mm scale layout ‘Still Playing Trains in TT Gauge’, featuring basically a motive power depot – and visitors young and old couldn’t wait to get their hands on the interactive controls.