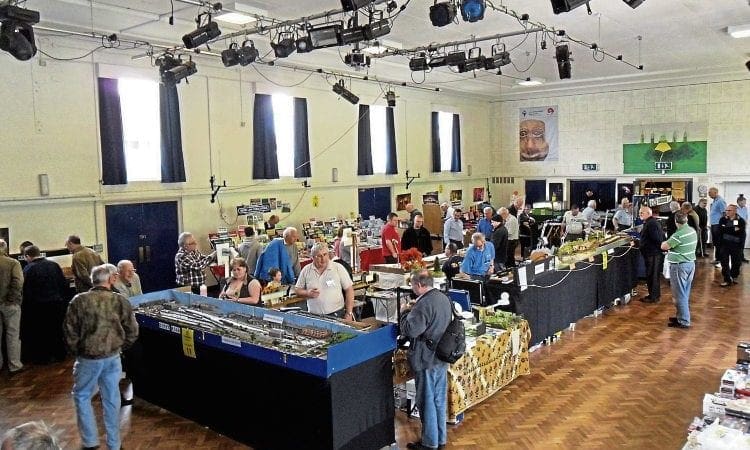 The Leicester Model Railway Group was formed at a meeting in The Martyr’s Church Hall in the city’s Westcotes Drive on February 15, 1949.

At the first committee meeting on April 30 the subscription was set at 10 shillings for adult and five shillings for junior members. It was to remain unchanged until 1965! The first clubroom was in the loft at the rear of Mr R Pepper’s shop in Church Gate (Apex Craft), and it was there, on April 17, 1952, that the first ‘Track Night’, featuring both OO and O gauge, took place.

Six different clubrooms were used over the following 60 years – in Knighton Fields Road (1952-65), Western Road Adult School (1965-68), Halford Street (1968-70), Church of Christ, Melbourne Road (1970-80), St Andrew’s Church, King Richard’s Road (1980-98) and the present premises at Cossington that were opened on June 16, 1999. The clubroom is open to members on Wednesdays, except on a few occasions including Christmas and at exhibition times.

From 1949 until 1959 the group organised monthly members’ meetings at The Martyr’s Church Hall, and from 1959 until 1973 in The Long Vestry at Charles Street Baptist Church. The subjects ranged from real and model railways to film shows, and there was also an annual members’ auction, but sadly they were discontinued in 1973 through lack of support. The group is possibly the only model railway club to have organised week-long exhibitions. These took place during the last week of August, towards the end of the school summer holidays, and attracted between 4000 and 7500 visitors. Opening times were 2 until 9pm Mondays to Saturdays.