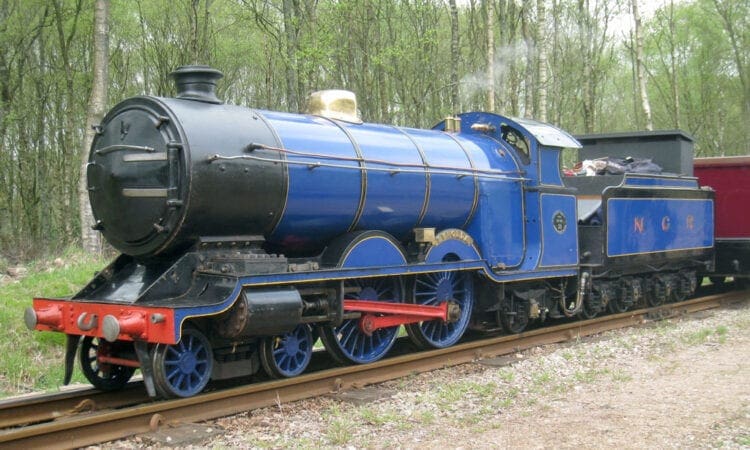 One of the UK’s best-known heritage railway lines will be steaming ahead with a series of special Heritage Railway Weekends this winter, giving passengers a rare opportunity to travel on two of the country’s most historic steam engines ‘Synolda’ and ‘Katie’.

Ravenglass and Eskdale Railway will be holding the Heritage Railway Weekends on selected dates in November, December and January, alongside its regular weekend services. Taking centre stage will be two residents of Ravenglass Railway Museum, Katie – built in 1896 – and the railway’s well-loved Atlantic type locomotive Synolda, which dates back to 1912.

It will give people the chance to pre-book ‘open carriage’ journeys on the scenic route between Ravenglass and Dalegarth, helping to recreate the same atmospheric train experience as passengers would have had in the locomotives’ heyday around 100 years ago.

Originally built for the Duke of Westminster’s Eaton Hall Railway at the end of the 19th century, veteran locomotive Katie boasts members of the Royal Family among her most famous passengers and underwent a major restoration in 2017.

Meanwhile, Synolda is virtually identical to the first 15-inch gauge loco to run on Ravenglass and Eskdale Railway’s more than a century ago. Almost four decades on from her original restoration by apprentices from Sellafield, Synolda is currently undergoing a fresh make-over to revitalise her and help steam into the 21st century.

Meanwhile, Ravenglass and Eskdale Railway’s regular weekend services will be running throughout November, December and January. To help people make the most of their visit, the railway is also introducing a new food app for seasonal foodie treats to pre-order and take away.

An online itinerary planner will help passengers explore the area, including free entry (by donation) to Ravenglass Railway Museum’s collection of more than 3,000 artefacts chronicling the railway’s history since the 1870s, alongside a photographic archive of 25,000 images.

Head of Marketing & Development at Lake District Estates, Rachel Bell says, “Our Heritage Railway Weekends are a unique opportunity to step back in time and relive the sights and sounds of these fantastic locomotives in their heyday. As well as enjoying some panoramic views of the Cumbrian coast and dramatic mountain scenery, the ‘steaming up’ is a fantastic spectacle which will appeal to families, railway enthusiasts and local history buffs alike.”

Stuart Ross is General Manager (Visitor Experience) at Ravenglass & Eskdale Railway. He adds, “Synolda and Katie are special. Both locomotives are very different to those that we use today and take us directly back to the pioneering days during the First World War when a group of enthusiasts were trying to establish our railway as a means of transport for Eskdale and as a tourist attraction.

“Synolda in the preservation era has captured the heart of many visitors to the railway with impressive performances up and down the railway. Meanwhile, after lying dormant for nearly 100 years there are people who still have to pinch themselves when Katie appears – the dream of seeing her back here at the Ratty has still not quite sunk in!”

Passengers boarding all services on Ravenglass and Eskdale Railway must purchase a dated and timed ticket before 9am on the day of travel and face coverings must be worn.
Visit www.ravenglass-railway.co.uk to book.