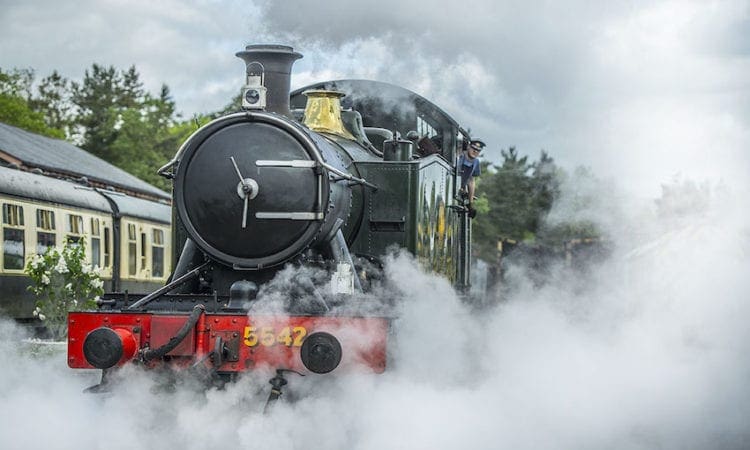 “Unfortunately, due to mechanical failure beyond our control, visiting locomotive 1450 will not now appear for the start of our anniversary event. There will be some small changes to the Working Time Table to substitute its loss but our Public Time Tables will remain the same.

“If the locomotive becomes available for the second weekend of the event, details will be posted here. We apologise for any disappointment this may have caused. “

SDR will celebrate the milestone with a jam-packed steam gala that will run from Saturday, April 6 to Sunday, April 14.

There will be many activities and events going on throughout the nine days. There will be a number of visiting steam engines and a busy and varied timetable to suit all interests and tastes.

Throughout the event there will be an exhibition at Buckfastleigh with displays showcasing 50 years of steam trains in the Dart Valley, a souvenir stand, a real ale bar and, on certain days, free children’s activities.

Different themed days will provide opportunities to celebrate the railway, observe some of the locomotives seen over the last half century, and experience living history first-hand.

A large marquee at Buckfastleigh will house themed displays throughout the nine days of the gala. It will be showcasing 50 years of Preserved Steam in the Dart Valley; a souvenir stand selling an assortment of 50th anniversary goodies; private locomotive group stands; and also provide a warm, undercover seating area for visitors.

Light refreshments, including hot and cold drinks, will also be available, and a bar will be operating everyday except Monday, April 8.

Children’s activities will be available on both weekends of the event, including:

The opening gala weekend will feature a re-enactment on Saturday of the first passenger train operated by the Dart Valley Railway, which took place in April 1969. It will run at 11.15, around the same time as it did 50 years ago.

The loco will again be former GWR 64xx No. 6412, which pulled the first train in 1969, and will be crewed by two of the SDR’s most senior footplatemen – Allan Cash and Colin Harmes, who was involved with the railway’s opening day as a fireman in 1969. The train guard will be Alan Taylor, the longest serving guard on the railway, and another volunteer from 1969.

The re-enactment will include the first operation of a four-coach Auto Train since the early-1970s. The steam loco will be ‘sandwiched’ in the middle of the train.

Auto Train operation was needed back then as there was no station or run-around facility at Totnes, so trains were run in a ‘push-pull’ operation.

Visitors will also have the chance to use a special nocturnal time table to travel on SDR metals overnight from Saturday into Sunday. They will also be able to sample an on-board evening meal or full English breakfast.