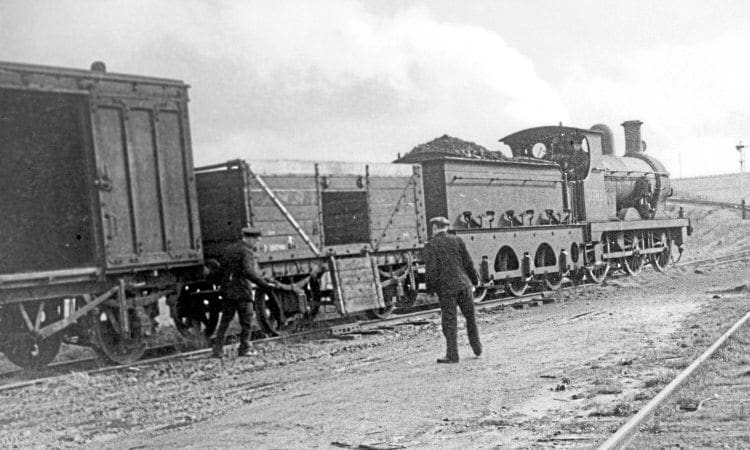 I was at boarding school at St Lawrence College, Ramsgate in 1951. As a railway enthusiast I was delighted to be in a house whose housemaster had a full bound set of The Railway Magazine in his study, which he lent me one by one.

Somehow, I learned that the East Kent Railway was going to close most of its line on Wednesday, February 28, 1951.

I managed to get permission for two of us to travel on the one train of the day on February 26, in the last week of operation. We went by bus to Wingham Canterbury Road where we waited for the train.

The station was still there, though on the ‘wrong’ side of the main road. Passenger services had stopped on November 1, 1948.

I can remember the line into the sidings was slightly downhill. The engine came off the train and ran on to one line, while the trucks and guards van ran back by gravity onto the other. The engine then backed down and joined them.

I think we picked up a coal truck. The guards van in which we travelled was now at the rear. I remember little of the journey except for the smoke in the tunnel near Shepherdswell.

Presumably we then caught a main line train from Shepherdswell to Ramsgate.

I do remember being fascinated with the remains of Richborough Port and the branch to the port which had closed in 1949. I thought I remembered pushing my bicycle over the very derelict railway bridge over the River Stour.

Having seen pictures of the bridge from those days, I cannot imagine I am remembering correctly.

I do have a strong memory of two saddle tank locomotives parked up beside a main road, near the port, looking as if they were going to be taken away for reuse or possibly scrapping. Sadly, I did not take any pictures of them. I have no idea what engines they were or what happened to them.