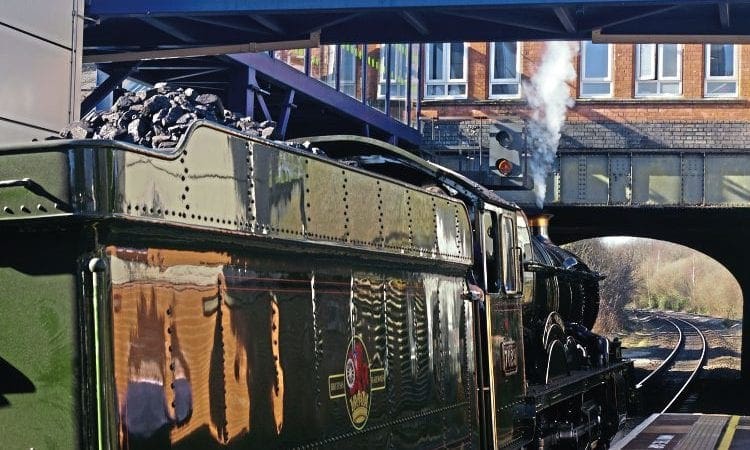 VINTAGE Trains has announced its first season of tours as a Train Operating Company.

The publication of the 2019 itinerary coincided with Tyseley Locomotive Works’ flagship WR 4-6-0 No. 7029 Clun Castle successfully completing its main line proving runs to and from Stratford-upon-Avon in February, as outlined on News, pages10/11.

Testing over, two preview dining trains, originally planned for shareholders but later opened to the public, were arranged for the evenings of Thursdays, February 28 (cover picture) and March 7.

Departing from Birmingham’s Moor Street station, the diners operated to Worcester and return.