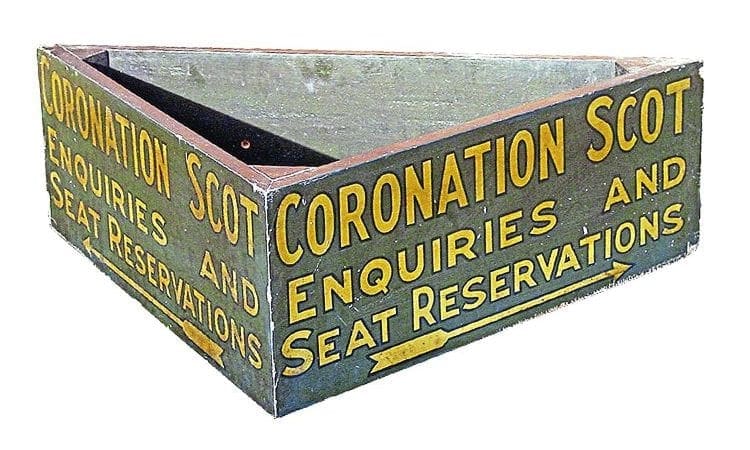 WHILE nameplates from the LMS and LNER will headline Talisman’s March 23 sale, two headboards will bring back memories for we trainspotters who, armed with the indispensable Ian Allan ABCs, were lucky enough to pursue our hobby from the mid-1950s into the 1960s.

They are ‘The Talisman’ and ‘The Fenman,’ two expresses which ran respectively from King’s Cross to Edinburgh and Liverpool Street to King’s Lynn.

For those who frequented King’s Cross, the former was second to only ‘The Elizabethan’ due to it invariably being hauled by an A4 Pacific until diesels took over.

Mind you, the Down working on the earlier date was in the hands of Class 40 D273, so giving a powerful sign of things to come.