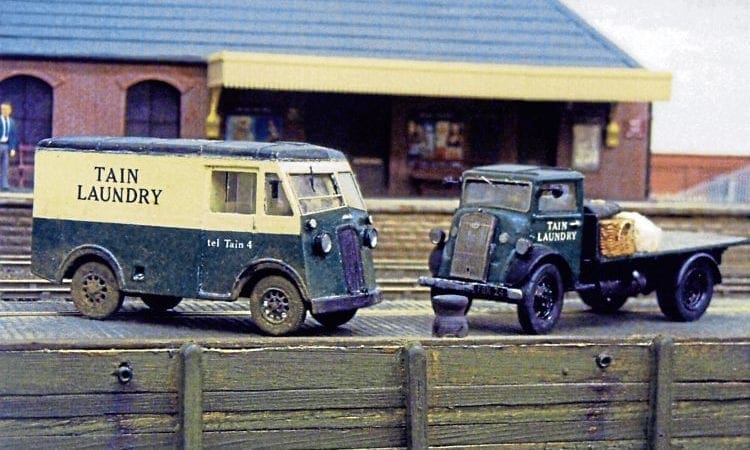 The J69 that had a great fall! Former West Lancashire O-Gauge Group member the late Tommy Hamer told me that, when he was testing his O-gauge J69 0-6-0 on the kitchen table (not wise) it suddenly shot off and landed on the tiled floor.

To put it mildly he was rather upset, as it would take considerable time and effort to fix. I thought no more about the incident until he died and his collection of engines came up for sale. Thinking that the J69 had been repaired, I made what I thought was a reasonable offer for the engine. My bid proved acceptable, I was duly presented with the little locomotive and immediately was aghast, realising that Tommy had never got round to repairing the badly damaged model!

In total, 18 jobs were required to put it right, ranging from simple tasks like replacing vent pipes, lamp brackets and screw-link couplings to undertaking some really major repairs. It took quite a while to straighten the footplates and fit a new roof and buffers, and after it was all done I breathed more than a sigh of relief.

Phew! I’d never expected that I would finish up repairing Tommy’s locomotive, and perhaps the moral of this story is always to check, and never assume anything, before you buy. Still, I now own a very distinctive and heavy model locomotive as all Tommy’s engines were packed with lead. This improves traction, but it uses a lot of current and tends to be rather slow.

A former British Railways signalman, Tommy hailed from Bolton, Lancashire and knew the late Fred Dibnah, of factory chimney demolition and steam roller fame, well, frequently helping him in tasks like demolition work or cutting up old telegraph poles. He said Fred could hold a conversation with a prince or a pauper.