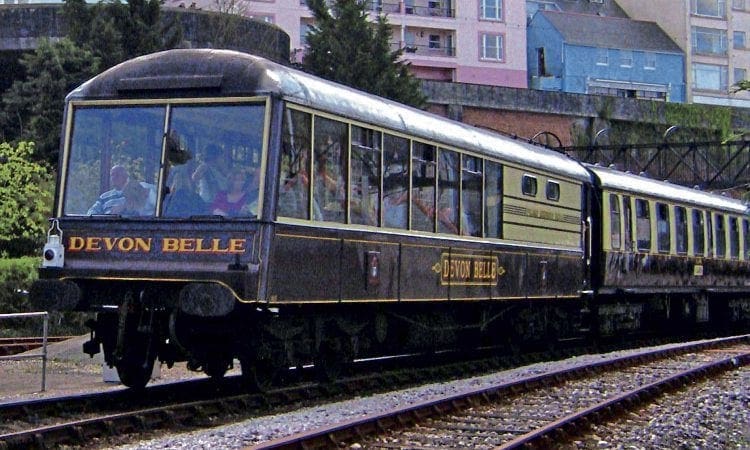 Hornby’s re-issued ‘Devon Belle’ observation car allows Ian Lamb to recreate the entire short-lived luxury train in all its glory – and what a spectacle it makes!

The R2568 and R4251 ‘Devon Belle’ train/coach packs of 10 years ago made up the finest set of models that Hornby had ever produced.

The quality of the Pullman coaches, whose minuscule working lights are so attractive in night scenes, is simply amazing – and a decade later, even allowing for the magnificent improvements the manufacturer has made to its products since, I wouldn’t change my mind.

Missing from that wonderful set in 2008, though, was the special observation car (R4860) that was featured by Nigel Burkin in last month’s RMM.

I couldn’t wait to get my hands on this wonderful coach and see it at the tail of my complete six-car ‘Devon Belle’ rake, and the whole train now makes a magnificent spectacle.

Living so far north meant that I never actually saw the real ‘Devon Belle’ during my few teenage ‘spotting’ visits to London, but in BR days these observation cars were decanted to the Highlands and operated regularly during the summer timetable on the scenic line between Inverness and Kyle of Lochalsh.