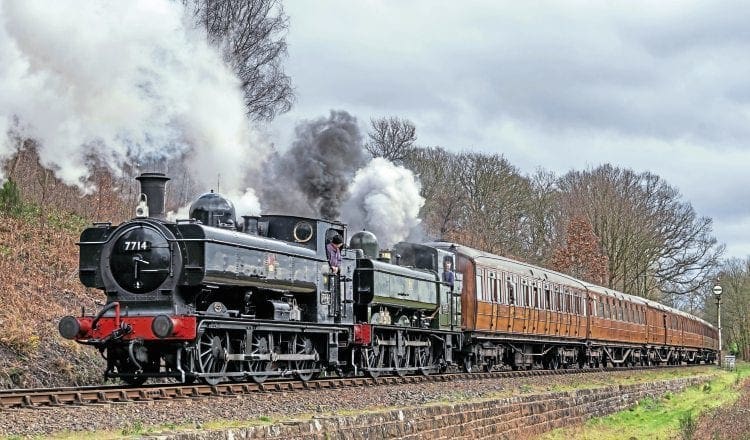 It brought together a variety of tank engines of predominantly, but not exclusively, GWR origin with links to Wales.

It’s fair to say that after the snows of 2018 the SVR was hoping the weather would be kinder this year, but while the white stuff was nowhere to be seen, the effects of Storm Hannah could be felt in the early high winds, grey skies and low temperatures.

Yet the sun did break through at times, and in excess of 3,000 visitors turned up to experience
a gala that dispensed with big-name guest locomotives in favour of the humble workhorse.