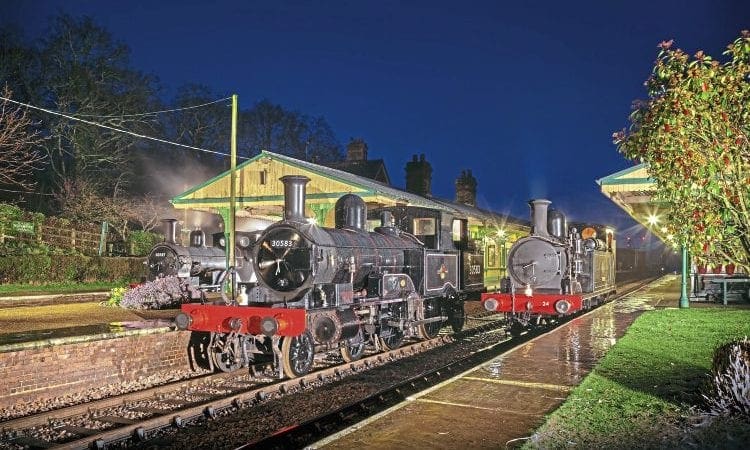 IT may have been largely on static display only, but the Bluebell Railway’s newly repainted Adams ‘Radial’ 4-4-2T No. 30583 still managed to steal the show at the railway’s Branch Line Weekend on March 15-17.

The former Lyme Regis branch loco has been restored back to its BR lined black guise by the team from Heritage Painting, and made a rare foray into the open to join three other ex-London & South Western Railway veterans in what is believed to be a preservation ‘first’ gathering.

First among these was the Isle of Wight Steam Railway’s Adams ‘O2’ No. W24 Calbourne, which was making a rare visit to the mainland from its Havenstreet home.

Owing to it having air brakes instead of vacuum, Calbourne spent the weekend paired with other locos which were able to provide the braking for the Bluebell’s stock.