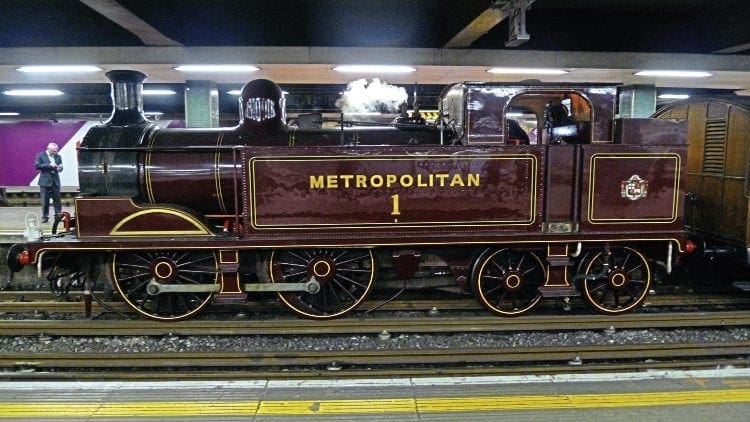 THE timetable for District 150 – the last chance to travel on a steam train on London Underground beneath the heart of the capital – has now been published.

As previously reported, the London Transport Museum and Transport for London will jointly celebrate 150 years of the Underground’s District line by running a series of steam trips behind Metropolitan Railway E class 0-4-4T No.1 between Ealing Broadway and High Street Kensington.

Three return journeys will operate each day on Saturday and Sunday June 22 and 23.

The trains will be hauled by Sarah Siddons to High Street Kensington on the outbound journeys and by Met No.1 on the return journeys to Ealing Broadway.