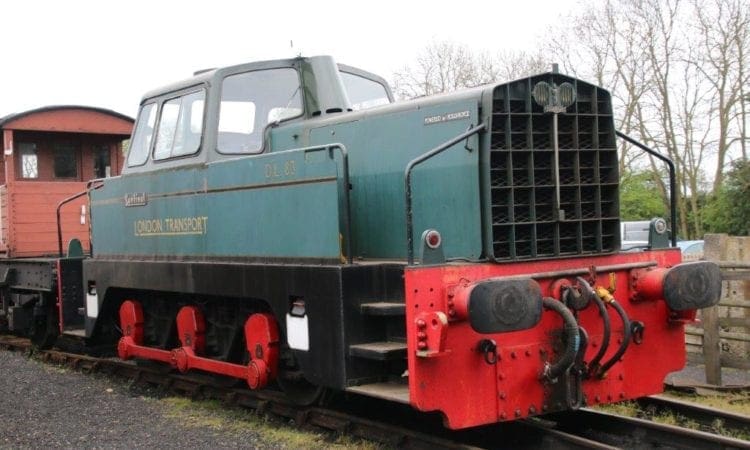 VISITORS to the Nene Valley Railway’s June 1-2 model railway weekend will be able to take advantage of the rare opportunity to ride behind former London Underground Sentinel 0-6-0 DL83.

The diesel locomotive will be operating freight trains between Wansford and Yarwell – with passengers carried in the brake van for a small charge. Acquired by London Transport in 1971 to replace its fleet of GWR 0-6-0PTs, DL83 was one of three diesel shunters which operated engineering trains until 1993.

Keith Parkinson, chairman, Nene Valley Railway, said: “We will have in excess of 12 layouts in the exhibition, but unlike the majority of model railway events up and down the country, we have the luxury of being able to show working models in 12ins to the foot scale.

“This year not only can you travel in our regular steam-hauled passenger trains, we are also operating a heritage freight train between Wansford and Yarwell. You will be able to see the work of the guard and ride through our tunnel, experiencing the feeling of a goods train in action.

“Having use of DL83 gives a new dimension to our event. I am also aware that there are people who appreciate industrial diesels – this will be a great opportunity to hear the locomotive work from the brake van veranda.”

The model exhibition will feature layouts in a variety of scales from N to G, including the NVR Garden Railway. Key layouts include ‘Tigley Yard’, ‘Squaw Falls’, ‘North Level’ and ‘Operation Abyss’, which depicts a second world war dockside railway based around a military theme.

There will also be trade stands including Battle of Britain Locomotive Society, NVR Small Loco Group and NVR Wagon Group.