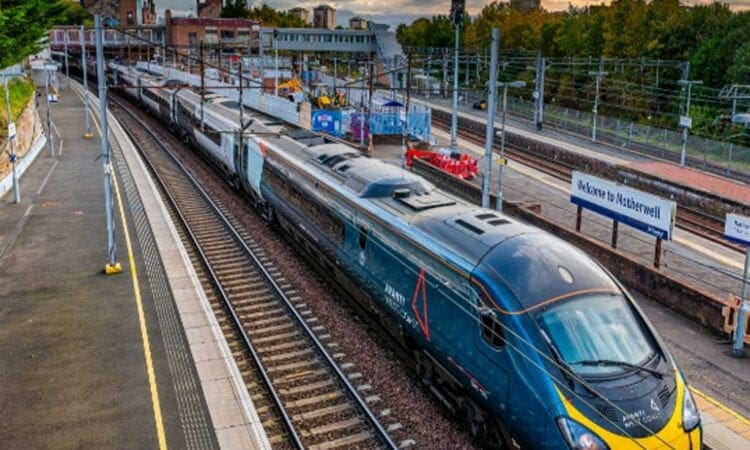 Plans have been approved for a North Lanarkshire rail station to become a major calling point for the Avanti West Coast train service.

A timetable change will bring 96 more services a week to Motherwell, with the cross-border operator’s capacity more than doubling the number of weekday services calling there from eight to 20.

It means nearly half of the hourly Glasgow-London services and the two-hourly Glasgow-Birmingham services can call at Motherwell station on the West Coast Main Line.

Gus Dunster, Avanti West Coast executive director of operations, said: “We are excited to make Motherwell one of the best connected places in Scotland, as we work with Network Rail to deliver a major uplift to services to and from the town.

“At Avanti West Coast we want to connect people and places to opportunity and with Motherwell set to become a major calling point on our route we’re sure it will boost Scotland’s regional economy, improve local and cross-border connectivity and encourage more passengers to make the switch from plane to train.

“We look forward to continuing to play our part in making Motherwell a key transport hub.”

The rail operator is exploring options to introduce some of the additional stops in Motherwell from this December.

The remaining stops are due to be added to the timetable next year, depending on how the coronavirus pandemic develops.

Bill Reeve, Transport Scotland’s director of rail, said: “We are delighted to have worked in partnership with Avanti West Coast to enable a future increase in their cross-border services calling at Motherwell station.

“Our investment in customer facilities and services at this key station increases opportunities for commuters, business users and tourism alike.

“It also underpins a fast-growing transport hub served by not only ScotRail, Avanti West Coast and other cross-border operators, but also by local operators such as bus.

“At the right time in the future, this additional service provision will enable operators to drive market growth in joined-up journeys.

“With that we can generate a healthy future for rail across the West Coast and beyond as we seek to recover from the impacts of the Covid-19 pandemic.”

Rail Minister Chris Heaton-Harris said: “It’s fantastic that Motherwell will be a major port of call for Avanti West Coast, with a significant increase in the number of services helping improve connectivity, boost the economy and encouraging people to use a greener, more sustainable form of travel between our two nations.

“As we build back better from the pandemic, boosting cross-border connections will be key to helping support, sustain and strengthen our communities as we level up the whole of the UK.”