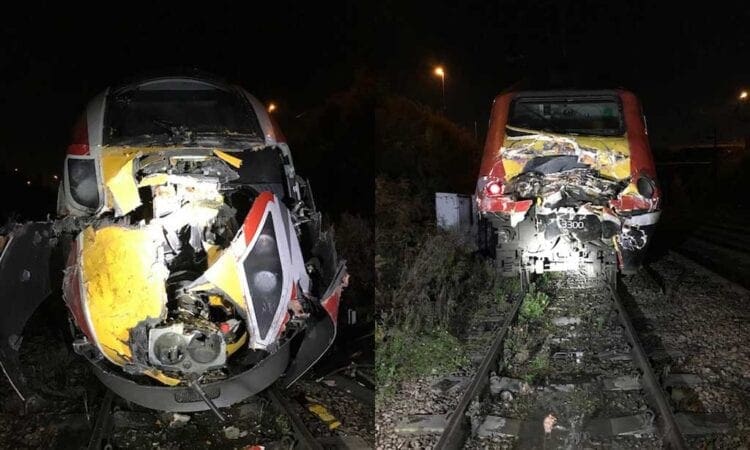 A crash involving two LNER trains happened due to a driver struggling to use onboard software, an investigation has found.

An Azuma train was travelling at 15mph on the depot arrival line when it ran into the back of another train moving at 5mph near Neville Hill, Leeds, on November 13 last year, the Rail Accident Investigation Branch (RAIB) said.

The driver of the speeding train had 39 years of experience working on the railway but it was only the third time he had operated an Azuma unaccompanied.

The RAIB said the collision occurred because he was focused on restarting an onboard system.

He “unintentionally” accelerated to 15mph, causing him to crash into the back of the leading train, which was travelling at 5mph.

No-one was injured, but the incident caused both trains to crumple at the collision points, and the Azuma came off the tracks.

The RAIB found that the Azuma driver had been unable to set up the train management system because “ambiguous documentation” from manufacturer Hitachi led to LNER “misunderstanding the required process” when it developed its driving training programme.

It also said that the train firm failed to recognise he needed more training than his peers.

He had only driven trains for a period of two months in the two years before the accident due to health, personal and operational reasons.

Investigators made five safety recommendations, including for LNER to correct its understanding of Azuma software, and for Hitachi to reassess the design of the train against crashworthiness requirements.