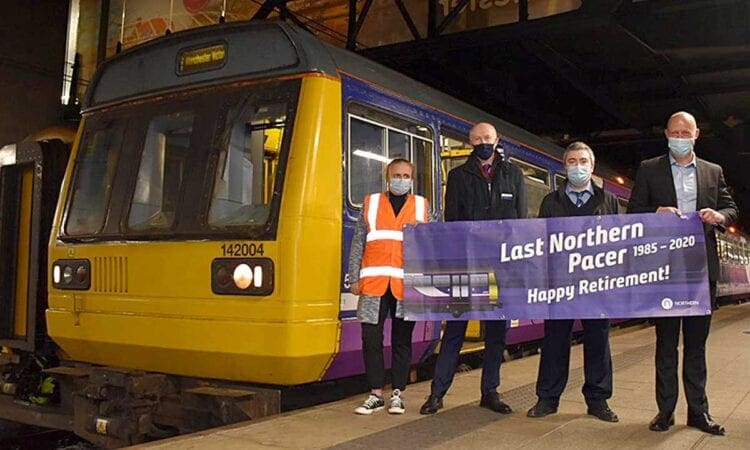 A railway network has bid a final farewell to its fleet of Pacer trains after more than three decades of service.

The outdated carriage made its final Northern journey from Kirkby to Manchester Victoria on Friday.

It marked the end of more than 35 years of service – clocking 300 million miles – in the north of England.

Chris Jackson, regional director at Northern, said: “The Pacers have kept millions of northerners on the move and, while they have served us well and provided some communities with rail services they may have otherwise lost, it is time to give them a well-earned rest.

“Northern has overseen significant modernisation in recent months and the retiring Pacers have made way for a fleet of 100 brand new trains which are already servicing people across the north of England.”

Northern’s 102 Pacer trains were gradually removed from service from the summer of 2019.

Known for being slow, bouncy and noisy, they were built using bus parts more than 30 years ago and were intended to be a cheap stop-gap solution to a lack of rolling stock.

Transport Secretary Grant Shapps said: “Today marks the sun finally setting on trains that have become loved by some, but hated by many.

“This marks a new era of transport in the north, with passengers enjoying a brand new fleet of trains, delivering more modern services and creating a more reliable network across the north.”