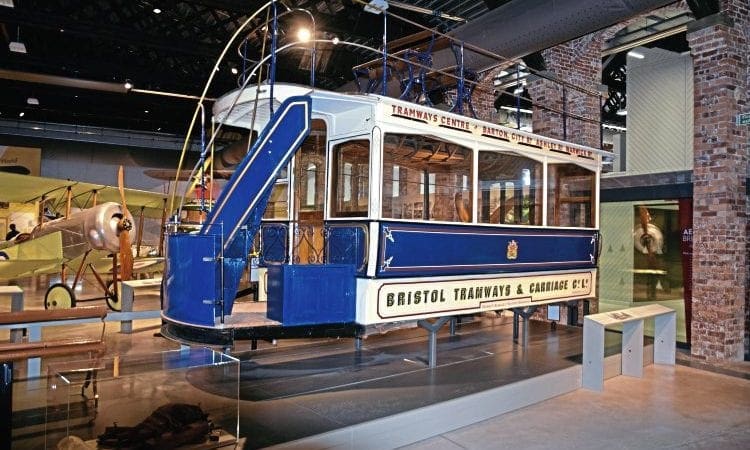 Aerospace Bristol has started a programme of conservation work on one of its key non-aviation exhibits – the former Bristol Tramways & Carriage Company open-top horse tram body of 1895.

The unidentified G F Milnes-built tram is a unique survivor from the Bristol Tramways network, having survived as a garden shed in Westbury-on-Trym. It is understood to be a horse tram body, although comparisons with the system’s first Milnes electric cars Nos. 86-99, also built in 1895, show a marked similarity, including the unusual three-window body.