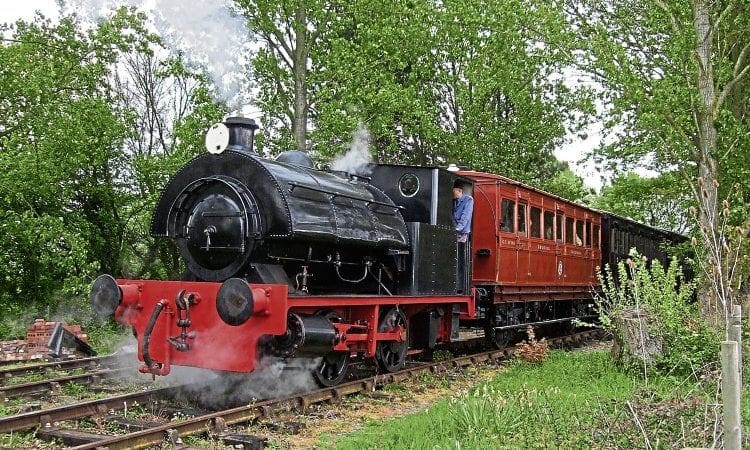 Craig Amess tells the story of the Mid-Suffolk Light Railway, which was finally closed in 1952 after years of struggle and debt. Happily, though, it has since re-emerged as an absorbing preservation venue.

The Mid-Suffolk Light Railway (MSLR) is the only standard-gauge heritage line in Suffolk. Intended to open up the agricultural area of central Suffolk and link to the rest of the country, the original line was built too late for the great railway age, and although local enthusiasm was high, money was so scarce that the railway was effectively broke before it opened. This is the story of ‘the Middy’.

Agricultural central Suffolk was almost bypassed by railways during the great railway age, and it wasn’t until 1896, after Parliament passed the Light Railways Act allowing entrepreneurs to set up cheaper railways of lighter construction and with less rigid operational regulations, that such regions finally had the chance to join the railway network.

In October 1898 H L Godden, of civil engineers Jeyes and Godden, wrote to the councils of several mid-Suffolk towns telling them that a client would match any subscriptions towards a light railway to serve the district. Almost £1000 was raised, with 296 people offering contributions of between a shilling and a pound.

The plan was ambitious in the extreme, with 50 miles of railway being proposed to cross central Suffolk from Haughley, on Great Eastern Railway metals. Connections with Needham Market and Westerfield were proposed, but these were opposed and the plan was reduced to 42 miles. On April 5, 1900, the Mid-Suffolk Light Railway Order was made needing share capital of £225,000, and the directors wasted no time in awarding a contract to S Pearson & Sons on July 27, 1900. No instructions to proceed followed, however, the delay apparently being caused by lack of capital.

In November 1901 it was recommended that a route near the River Blyth at Halesworth be implemented. This required another survey, and an overdraft was agreed with the bank, but it wasn’t until December that a prospectus was published for the share issue. Frustrated, Pearson & Sons resigned from the contract and were replaced by S Jackson of London.