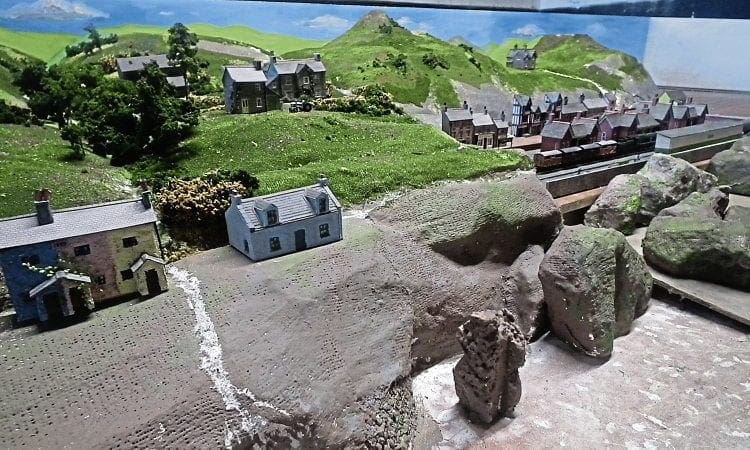 The latest steps in our N-scale ‘St Ann’s Cove’ project have included shaping the outer harbour walls and working out the gradual slope of the beach to the left of the harbour mouth.

Also, the project has shaped and painted large permanent rocks for the cove and brought in a good friend, Derek Warner, to start painting the back scene boards. Before Derek could add this much-needed splash of colour to the developing layout, the back and side boards had to be unscrewed and painted in white emulsion to allow the acrylics he uses to be seen at their brightest – and he wasted no time in making the bare boards come alive.

While he was doing this, I was painting a number of large rocks – not the most absorbing of pastimes admittedly, even when they’re small, light and shaped from polystyrene and plaster cloth – but when they’re finally ‘dressed’ with clinging barnacles, seaweed and green slimy areas to mark the rise and fall of the tide, and made to look as if they are embedded firmly in the sand and shingle, the scene will begin to resemble an attractive little cove.