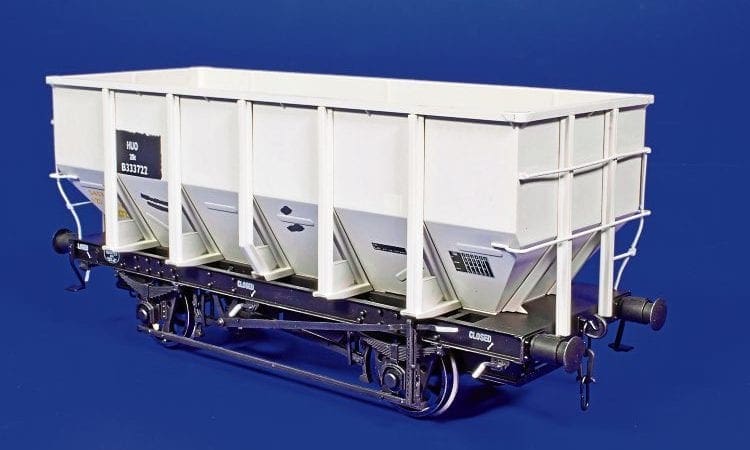 Introduced in 1954, the BR HOP24 bulk coal hopper wagon was constructed in large numbers and survived in traffic into the 1980s on a small number of flows until the use of unfitted wagons on the main line was brought to an end.

The lack of train brakes means that HOP24s would work with a brake van at the end of the train, and sometimes with one at both ends, providing a great application for the Dapol O-gauge BR 20t brake van model.

Accurascale carefully chose a design of the HOP24 covering Diagrams 1/148 and 1/154 which represents more than half of the 5263 wagons built in 12 batches between 1954 and 1965. When the TOPS system was introduced in the 1970s, the wagons were coded HUO and, being unfitted, carried freight grey livery with black underframes. Accurascale offers eight individually numbered models of the wagons representing the pre-TOPS and HUO coded wagons in the first release of the model.