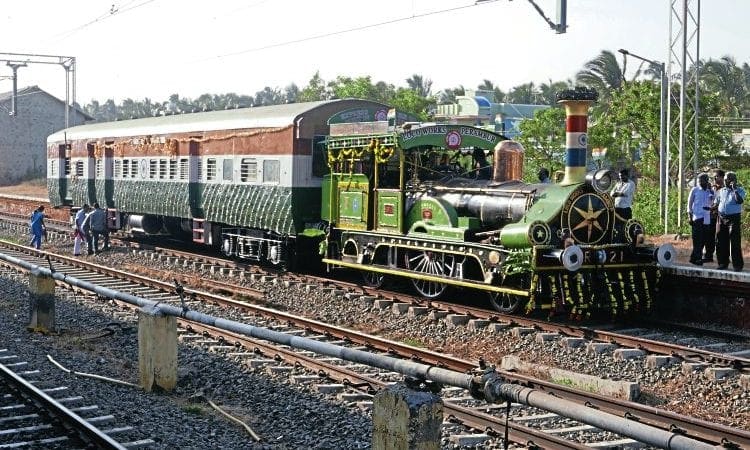 In 2018 the loco was used for some short demonstration runs in Chennai (formerly Madras), but in February the loco worked a main line special train organised for British enthusiast society the LCGB by TravelPals, which saw it operate a one-coach special train from Nagercoil Junction to the southernmost station in India at Kanyakumari – a 15.2km journey.