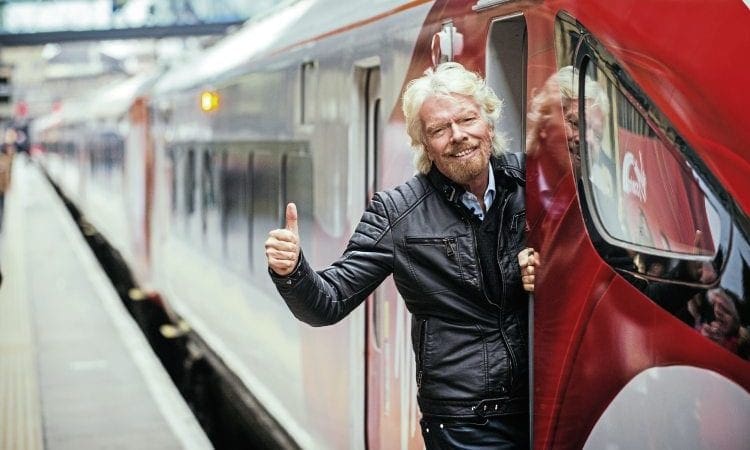 VIRGIN Group founder Sir Richard Branson has expressed shock at the disqualification from bidding, and has admitted the bold Virgin name, which has been on the side of trains for 22 years, could disappear.

Virgin ‘lost’ the West Coast Main Line (WCML) franchise in 2012 to First Group, but in the face of a legal challenge to the technical flaws in the bidding process, connected to how civil servants calculated the risks for each bid, the DfT cancelled the competition, and Virgin continued to operate WCML inter-city services.

.@VirginTrains can’t accept a risk we can’t manage, this would have been reckless. This is an industry-wide issue and forcing rail companies to take these risks could lead to the failure of more rail franchises https://t.co/mAuJvtaoxA pic.twitter.com/rBaNjurxdm

Since then, the DfT has awarded a series of incremental contracts to the planned end of the current extension on March 31, 2020. At this point, the West Coast Partnership (WCP) takes over running the WCML.

“I am devastated for the teams who have worked tirelessly to make Virgin Trains one of the best train companies in the UK, if not the world. Virgin Trains has led in the industry for more than 20 years and we wanted this to continue for many more years,” Sir Richard Branson said in a blog post.

“I received the news this morning that the Department for Transport (DfT) has decided to disqualify our bid for the West Coast Partnership. This means that Virgin Trains could be gone from the UK in November.”