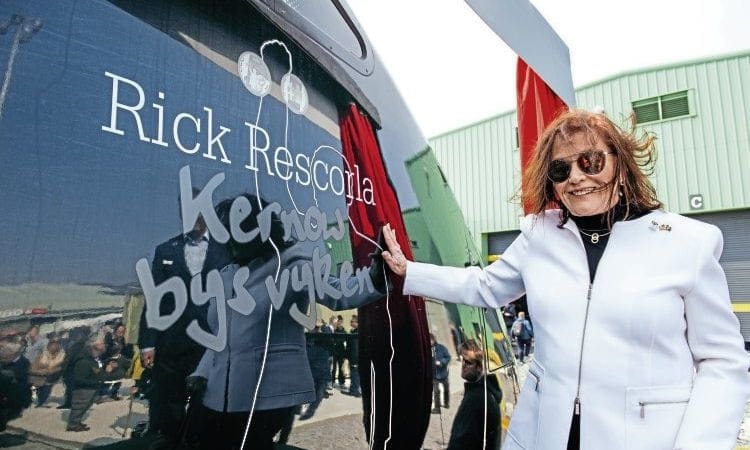 Proceeds from the event – held on April 13 and organised by GWR – will be donated to the RNLI Penlee lifeboat station, in nearby Newlyn.

The lifeboat theme was at the forefront, with GWR naming one end of Class 802 IET No. 802008 RNLB Solomon Brown, in commemoration of the crew of the Penlee lifeboat who lost their lives on December 19, 1981 following a distress call from the cargo ship MV Union Star, which was on its maiden voyage.

Both vessels were lost at sea along with all eight crew of the lifeboat and eight crew and passengers from MV Union Star.