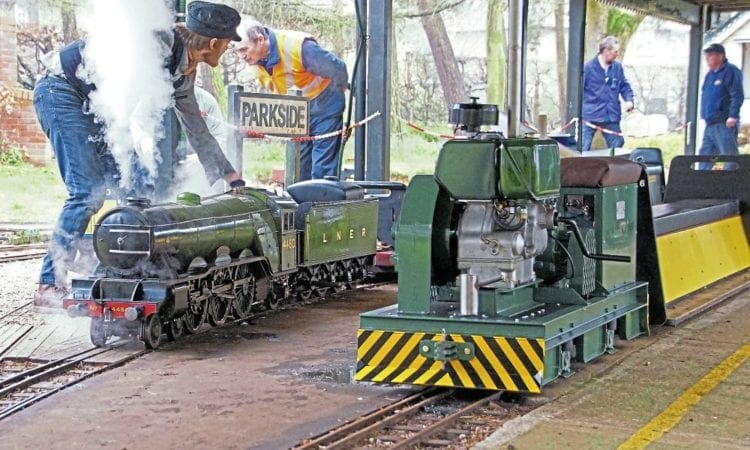 The Norwich & District Society of Model Engineers’ ‘club’ loco – 7¼in-gauge LNER ‘A3’ 4-6-2 No. 4480 Enterprise – made its first appearance for at least a decade at the Eaton Park Miniature Railway Norwich on April 7.

The builder is unknown, but it is possibly of pre-Second World War origin. It is seen above (left), alongside a brand-new Lister-type 4wD. This is a scale model of a 2ft-gauge loco and dwarfs the Gresley Pacific. It was built by club member Mike Riches and is powered by an exposed, transverse-mounted 600cc Petter AC1zs low-speed diesel engine. Transmission is via a mechanical clutch and a car gearbox from a 1960’s Reliant Regal three-wheeler. Final drive to both axles is by chains. This is the second example of the type Mike has built, but this one follows the original design more closely.