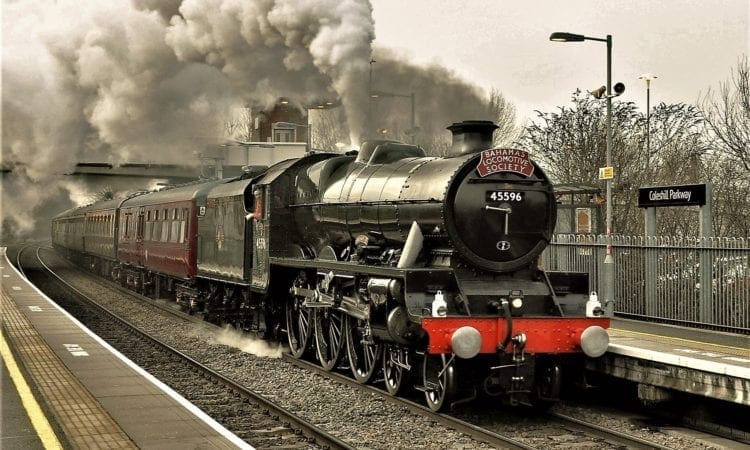 Bahamas will be in steam on both days and one of the big stars of the show alongside a number of other visitors and attractions – more of which near the time – but it can also be revealed that Bahamas will be at the head of six Vintage Trains railtours during its stay.

In conjunction with its Tyseley Open Days on June 22/23, Vintage Trains is running four return trains per day between Birmingham Moor Street and Dorridge, calling at Tyseley, with tickets from as little as £5.

Whether you are a heritage steam or diesel fan you will be hauled in one direction by either 4965 Rood Ashton Hall or 7029 Clun Castle and in the other by VT’s Class 47 heritage diesel locomotive 47 773.

Tickets are available for individual legs of the journey, in standard or Pullman class or round trips. For more info visit www.VintageTrains.co.uk.

Watch the return of the Bahamas at Keighley and Worth Valley Railway below:

The railtours will run in the months of June and July as follows:

Alastair Meanley, general manager of Tyseley Locomotive Works, said: “We were very proud to work with the Bahamas Locomotive Society on its locomotive, so not only will it be great to see it back at Tyseley, but also for it to perform on our own routes here in the Midlands. We have some challenging gradients against us both in the Cotswolds and across the Welsh Marches and we’re confident that Bahamas will take them all in its stride.”

Keith Whitmore, Chairman of The Bahamas Locomotive Society, commented: “We are absolutely delighted to be working with Vintage Trains at this exciting time for the company. Following the formal launch of our locomotive at our Ingrow home base on the Keighley & Worth Valley Railway, it seems so appropriate to see Bahamas back at Tyseley Locomotive Works following its successful five-year overhaul there and working with a team who we now regard as our friends. In addition to familiar ground, Bahamas will also be covering some new territory.”

No. 45596 will be returning to the Welsh Marches line, where historically the 4-6-0 has put in some impressive performances. It was also the scene for the locomotive’s first run for the Bahamas Locomotive Society in October 1972, when it hauled one of the first ‘return to steam’ railtours.

For more information on the Bahamas-hauled railtours and to purchase tickets, visit www.VintageTrains.co.uk.