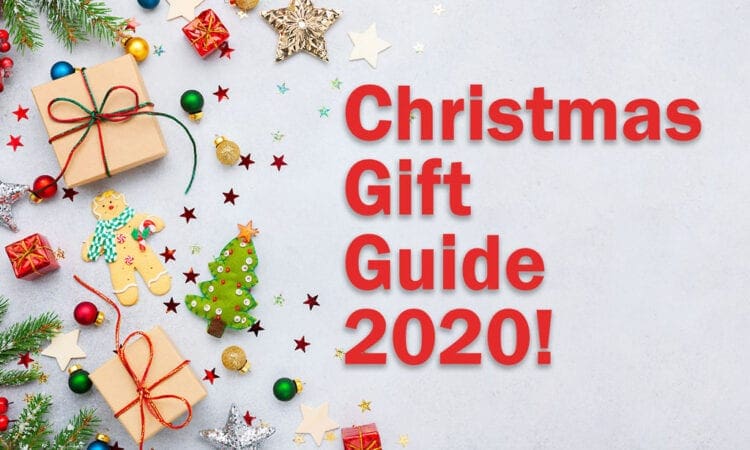 Christmas is just around the corner, meaning that it’s time to start present hunting yet again. Fortunately, we’ve made your life that bit simpler with our exclusive Christmas Gift Guide! Check out some of these fantastic Railway picks…

Introducing a whole new way to enjoy specialist book titles written by well-respected authors – AllMyReads is a book subscription service which allows you to have unlimited access to more than 100 digital book titles… and the number is rising!

With a wide range of topics including railways, aviation, biographies, motorcycling and much more, AllMyReads have you covered. You can access the digital books on multiple platforms including your desktop, tablet or phone.

AllMyReads is a fully searchable platform and your first month is only 99p, followed by a Direct Debit of only £4.99 per month!

Get your subscription now: www.allmyreads.com

This ultimate handy book makes a great gift for any train enthusiast. It’s an easy and entertaining way to record sightings of locomotives.

This A5 trainspotting log book is ideal for virtual railfans seeking a way to enhance their enjoyment of railcam viewing.

It’s a 111-page matte paperback book, bound with book industry binding. The boxes are large and let you write comfortably and the quality crisp white paper minimizes ink bleed-through and is perfect for pen or pencil users.

Ticket to Ride: Around the World on 49 Unusual Train Journeys

Tom Chesshyre is on a mission to find the answer by experiencing the world through train travel – on both epic and everyday rail routes, aboard every type of ride, from steam locomotives to bullet trains, Tom meets a cast of memorable characters who share a passion for train travel.

Join him on the rails and off the beaten track as he embarks on an exhilarating whistle-stop tour around the globe, from Sri Lanka to Iran via Crewe, Inverness, the Australian outback and beyond.

Get Ticket to Ride here: www.amazon.co.uk

The Railway Magazine is Britain’s best-selling rail title. Published continuously since 1897, it prides itself on its news content and its unique blend of award-winning photos, features, interviews and exclusives.

The archive is available online, on your computer, tablet, and smartphone. The archive is now complete – with 120 years of back issues available, that’s over 140,000 pages of your favourite rail news magazine.

The first railway chemical laboratory was opened in 1864 by the London & North Western Railway at Crewe, and the last ones lost their direct link to the rail industry on their privatisation in 1996.

Whatever their expertise, every railway chemist or ‘stink’ has been asked the same question: “What do you actually do”? That is precisely the question this book attempts to answer.

It covers many aspects of the work, from a BR chemist going to San Francisco to blow up a water melon to declaring an empty coal wagon a confined space; from whitewashing a passenger train, in service, in a couple of seconds to questioning, on chemical grounds, the mental state of the chairman of British Rail; from gassing weevils to setting fire to a canal in Derby.

British Railway Stinks tells the unusual, astonishing and sometimes downright hilarious story of the railway ‘nuts’ who decided what exactly the ‘wrong kind of leaves’ were.