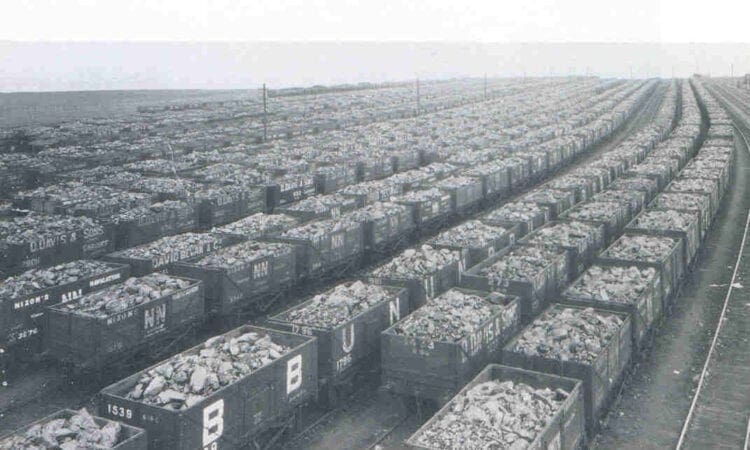 The Heritage Railway Association is calling for support for the Dewley Hill surface mine application.

Newcastle City Council will meet on Dec 18, 2020 to determine a planning application for a new surface mine. The mine would produce up to 800,000 tonnes of high quality north-east coal.

Approval of the scheme would bring a reprieve to the nation’s heritage steam operators, currently dependent on dwindling availability of home-produced coal.

The joint planning application, for Dewley Hill, has been made by Banks Mining and Ibstock Brick – in addition to producing coal, the mine would also provide up to 400,000 tonnes of fireclay for use by the brickmaking industry.

The future of UK-produced coal suffered a significant setback when an application for a new mine at Highthorn was finally rejected by Communities Secretary Robert Jenrick, after a five-year process.

“The mine will help meet the UK’s ongoing need for coal to produce steel and cement. And a little more than just 3% of that output, 26,000 tonnes, will keep heritage rail in steam for a year.”

Supporters of recent UK coal mining plans point out that domestic production of coal is greener than importing it from thousands of miles away by sea. Increasing imports of coal simply ‘off-shores’ UK environmental responsibilities.

Imports result in a global increase in greenhouse gas emissions, due to the carbon dioxide emissions generated by transport.

Without home-produced coal, the UK’s steel and cement industries will need to import some 5 million tonnes of coal every year. But it’s not the bituminous lump coal that the heritage steam industry needs. To stay running, the country’s steam railway and steam engine operators will need to source and ship their own coal from, Russia, the USA or Australia.

A recent House of Commons debate on the Future of Coal in the UK saw numerous calls for support for continued domestic coal production. In addition to concerns about the increased environmental import of importing coal, one MP described the UK’s use of Russian coal as “sending pounds to Putin.”

“Bringing coal from Russia will generate five to six times more CO2 than transporting it from a mine like Dewley Hill,” says Oates.

“That’s a high environmental cost, but also a high money cost. And that cost is a significant threat to heritage rail.”

He said: “There’s a need for somewhere to offload and store the coal, a need for a marketing network, a distribution organisation and financial management. That needs real estate, knowledge, experience and manpower, which all adds to cost.”

The HRA’s view is that well-managed domestic coal production may not eliminate CO2 emissions, but can go a meaningful way towards reducing total emissions, will reduce the national requirement to import coal, as well as securing the future of affordable heritage steam operation. The ending of domestic coal production will be an additional blow to HRA  members, already struggling under the impact of COVID-19.

“That’s why we’re encouraging our members to make their support for the Dewley Hill mine known to Newcastle City Council. With no other plans for new UK mines in sight, this may be heritage rail’s last, and perhaps most important, shout for UK coal,” said Oates.