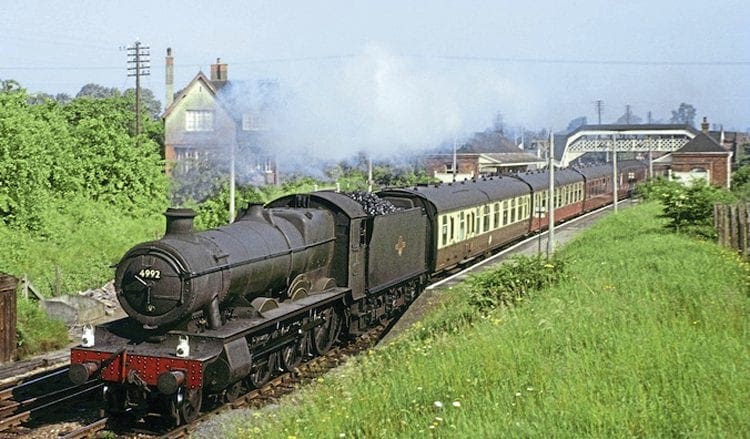 Fifty years ago this month, the Court of Appeal imposed an injunction on the British Railways Board which prevented them from withdrawing passenger services between Tyseley and Stratford-upon-Avon. Fraser Pithie tells the fascinating tale of how the actions of several campaigners thwarted BR’s closure ‘by stealth’ bid in 1969.

THREE years after the publication of the controversial Reshaping of British Railways report in 1963, the British Railways Board announced its intention to close the railway line south from Tyseley through Yardley Wood, Shirley, Wythall, Henley-in-Arden to Bearley Junction, where it joined a branch line from Hatton that provided services between Leamington Spa and Stratford-upon-Avon.

The proposal came as a shock to the communities along what was known as the ‘North Warwickshire Line’ (NWL) not least because the line had not been earmarked for closure like so many others. The only mention the ‘Reshaping’ report’s author Dr Richard Beeching had made about any rail services in the area referred to the Stratford to Worcester passenger services that ran south from Stratford-upon-Avon via Long Marston and Honeybourne. The report categorised these services as requiring modification. The devil was in the detail.

The NWL owed its origin to pressure and demand from local businesses north-west of Stratford-upon-Avon towards Birmingham. Henley-in-Arden and Shirley were both growing communities, and a railway line would enable connection with the rail network northwards at Birmingham and southwards at Stratford-upon-Avon, and ultimately beyond to Cheltenham.

In 1899 the Great Western Railway took on a scheme to provide a railway, with Henley-in-Arden contractor C J Mills being awarded the work, and who began construction in 1905.