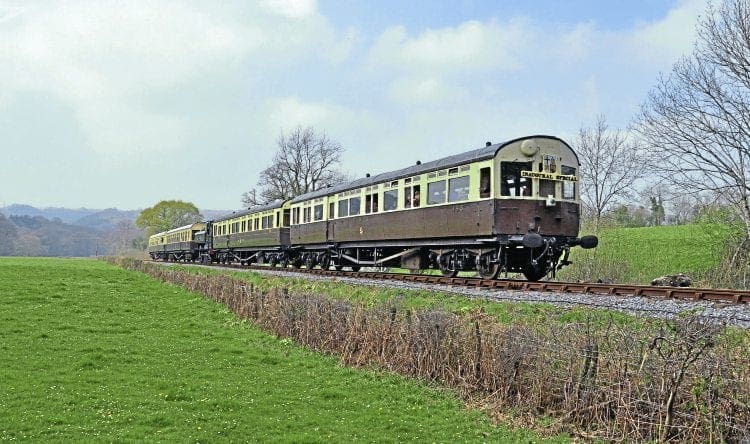 THE reopening of the Ashburton branch as the Dart Valley Railway in 1969 was commemorated during early April with a nine-day Golden Anniversary gala at the South Devon Railway (SDR).

A combination of historic re-enactments and themed operating days, coupled with a cast of visiting and resident locomotives, provided a wealth of variety to the proceedings.

It might not have been the event originally planned owing to various loco cancellations at the planning stage and 11th hour unavailability, but nevertheless provided an impressive spectacle, including a number of ‘firsts’ and scenes not witnessed for many years.

This re-creation featured auto-trailers Nos. 163, 178 (visiting from the Severn Valley), 233 and 232, and was the first operation of a four-coach auto-train ‘sandwich’ since the early 1970s. With an ‘Inaugural Special’ headboard and all vehicles carrying chocolate & cream livery, it was a very emotional sight.