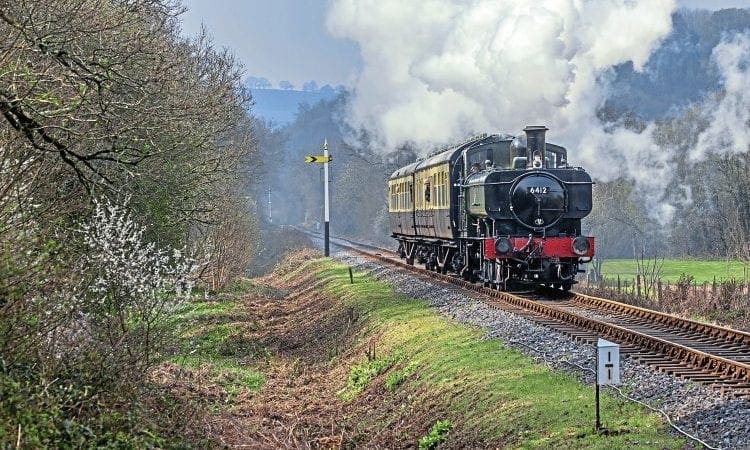 COLLETT ‘64XX’ 0-6-0PT No. 6412 will return to the railway it called home for 33 years next month when it takes part in the West Somerset Railway’s anniversary gala on June 8-9.

The event will celebrate 40 years since trains started running to Bishops Lydeard on June 9, 1979, and aims to capture some of the atmosphere of the early operation four decades before.

At that time No. 6412 was out of service for overhaul following its arrival from the Dart Valley Railway four years earlier, with the ex-Longbridge Bagnall 0-6-0STs Victor and Vulcan providing the WSR’s steam service alongside ‘Hymek’ No. D7017.