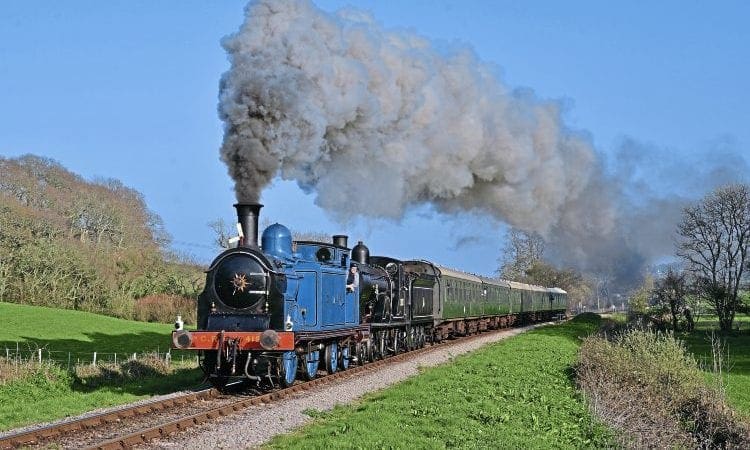 CALEDONIAN Railway 0-4-4T No. 419 suffered mixed fortunes during late-March/early-April, having proved a big hit at the Swanage Railway’s March 29-31 Spring Steam Up, but missing out on much of the North Norfolk Railway’s gala the following weekend.

The Swanage event coincided with the visit of ‘A3’ No. 60103 Flying Scotsman, and also featured Great Central Railway-based Ivatt ‘2MT’ 2-6-0 No. 46521, although for many it was the ‘Caley’ tank that stole the show.

At times No. 419 was used on two-coach local services, which the Swanage Railway’s David Rawsthorn said “received much comment and appreciation from the photographers who filled the platforms and viewing spots along the lineside”.