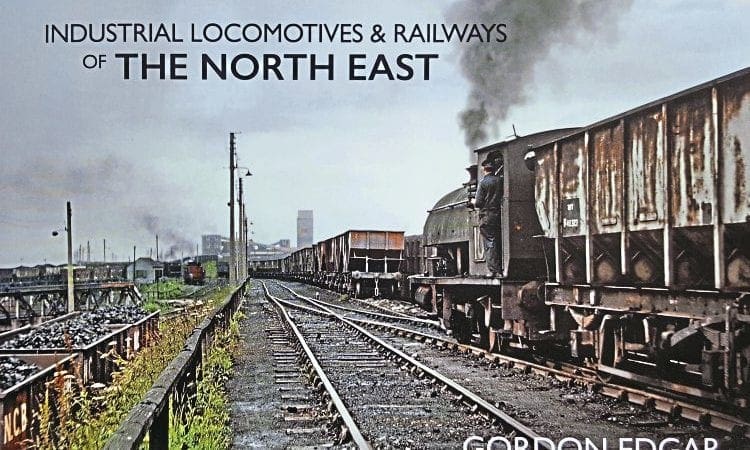 GORDON Edgar’s series exploring the nation’s industrial railways and systems of Britain continues with this latest volume focusing on the region often credited as being the cradle of the railways over the past 60 years.

In industrial railway terms Teeside, County Durham and Northumberland had a bit of everything, from ports to collieries, but it was the latter for which the area was best known.

As with previous books in the series the railways are broken into chapters based on the industries in question. As a result there is a good selection of both steam and diesel featured, including a shot of the Thomas Hill tandem articulated units employed by British Steel.

However, in an area famed for its coal production, steam has a majority, and covers National Coal Board systems, including Seaham Harbour, the Lambton, Hetton & Joicey Collieries, Derwenthaugh, Bowes, Marley Hill, Backworth and the Harton Electric Railway.

As a result there are several familiar faces featured in the form of locos that have survived to have a second career in preservation.

The book uses a blend of 150 colour and monochrome images, with each capturing the subject clearly, and in some cases gritty detail.

The contrasts between the different industries and their approaches to loco upkeep is well illustrated, and as such the book is a must for any industrial railway enthusiast. Recommended. GBH

Read more Reviews, Letters, Opinion, News and Features in the May 2019 issue of The RM –on sale now!