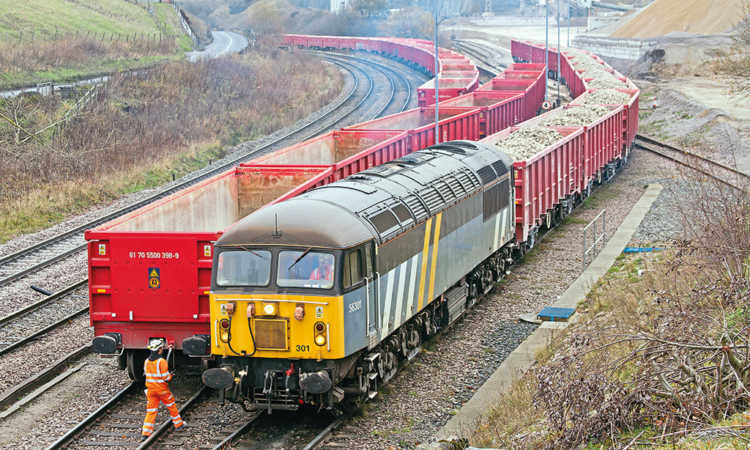 A PROMINENT feature of the privatised railway is the rich variety of liveries and colours applied by individual train operators, often at great expense, to its rolling stock.

You could argue that variety has increased in the contemporary railway with new equipment displacing older but useful stock which is reallocated to enhance capacity and upgrade services elsewhere, as has been seen with the ScotRail mini-HST project.

One of the effects of cascading stock from one franchise operator to another (as opposed to a change in franchise operator) is the appearance of liveries outside the original operator’s operational area. An immediate need for capacity sees stock placed in use even before vinyls can be removed and repainting undertaken. Operator logos are sometimes replaced, whilst signage is changed in the interior to reflect new routes, but little else for a while.

Freight companies also adjust their fleets depending on traffic demands and renumbering is the only change made to a newly acquired locomotive which may operate for months with another’s logo and colours applied to it. Some locomotives ‘hold out’ for many years and a fine example is former Fastline Class 56 No. 56301 which still carries the colours of the long defunct company in December 2018.

So what does it mean for modellers? It can be frustrating when a manufacturer announces models of common multiple units such as the Class 150 or Class 156 in liveries apparently unsuited to your area of interest, or so it seems at the time. However, a little modellers licence and some research into multiple units and locomotives that have operated for a while in different operator liveries can make life more interesting on the layout.

For example, on a recent trip to Carlisle, an exiled Great Western Railway (GWR) Class 153 appeared on a service from Leeds, in GWR green livery but with the GWR logos removed. Hornby had a Class 153 in the same livery in its 2018 catalogue. Remove the GWR logos and renumber the set to operate it as cascaded stock.