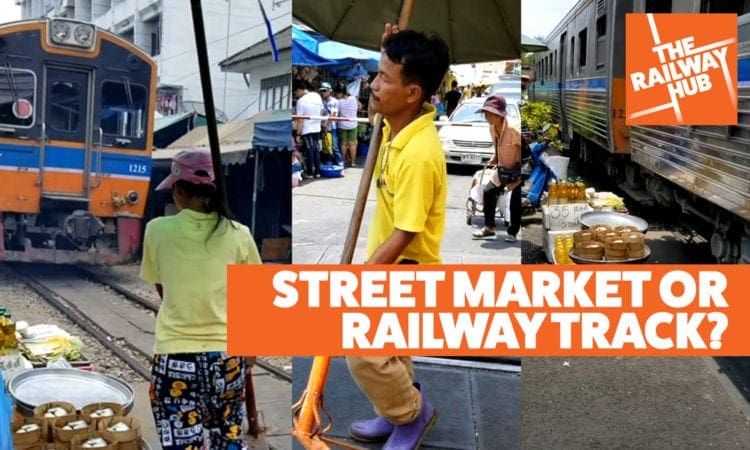 They say that businesses are built on the railways, that can’t be meant anymore literally than at the market in Samut Sakhon, Thailand.

This is the Talad Rom Hoop (Folding Unbrellas Market) at the Samut Sakhon Railway Market, next to Maha Chai Station on the Mae Klong-Mahachai railway line.

The line was originally constructed to take sea produce from the fishing ports of Samut Sakhon to the markets of Bangkok, it later became part of the State Railway of Thailand, though it has never been connected to the rest of the network.

There are several of these markets down the Maeklong Railway.