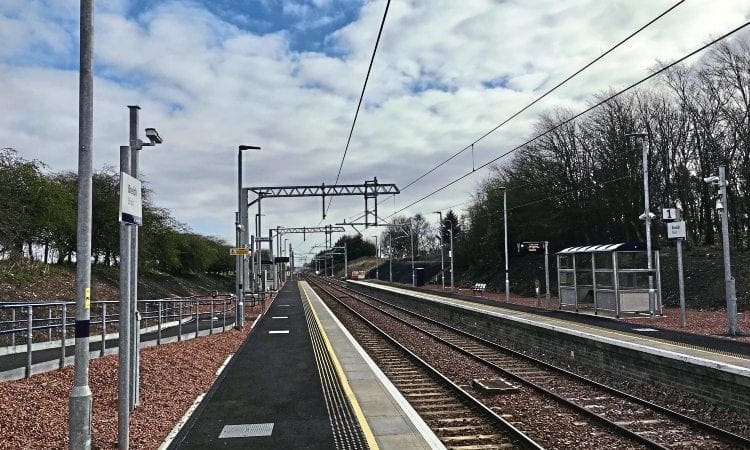 THE £160million project to electrify a fifth route between Edinburgh and Glasgow has been completed on time and on budget.

The electrification project has been undertaken to cater for projected growth in passenger numbers from towns such as Livingston and West Calder into Edinburgh in the east and from Cleland and Shotts into Glasgow in the west.

New Class 385 EMUs are expected to replace the current DMUs from the May timetable change.