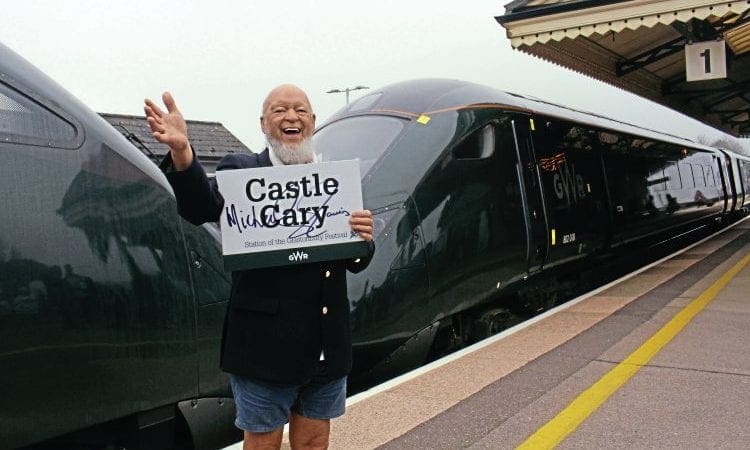 The signs were officially dedicated on the morning of April 9 by 83-year old Michael Eavis, the festival’s founder, who was included in a list of 100 Great Westerners, announced in 2017.

An IET has also been named in his honour, to replace HST power car No. 43026, now transferred to ScotRail. It was planned Mr Eavis would reveal the name on No. 802013 during the train’s scheduled stop at the station.

However, in his speech shortly before the train was due to arrive, he announced that not only was it the wrong IET that was forming the 09.40 to London Paddington, but it was running 14 minutes late.

Read more in the May 2019 issue of The Railway Magazine – on sale now!